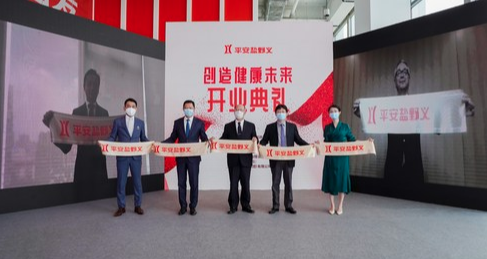 Ping An Insurance (Group) Company of China, has announced that Ping An-Shionogi Co., Ltd. (Ping An-Shionogi), a joint venture between Ping An and Japan-based Shionogi & Co., Ltd., has been launched in Shanghai.

Ping An-Shionogi is a Healthcare as a Service (HaaS) enterprise, an integrated medical and healthcare platform, for public health and patients. The joint venture is a collaboration between the Ping An and Shionogi in drug research, development, production and sales.

It is based on Ping An's sophisticated healthcare ecosystem and advanced digital technology and Shionogi's strengths in drug research and development.

Ping An-Shionogi will also draw on Ping An's abundant medical resources to explore a new rapid clinical trial enrollment model to promote Shionogi's development of new drugs in China. Two new types of drugs developed by Shionogi are being promoted according to the plan.

In terms of production, Ping An-Shionogi will build a new drug production system and implement the first digital management mechanism for pharmaceutical manufacturing in China. It will automate instructions and maintain digital records in the pharmaceutical production process and speed up drug development to enhance the quality and efficiency of medical and healthcare services.