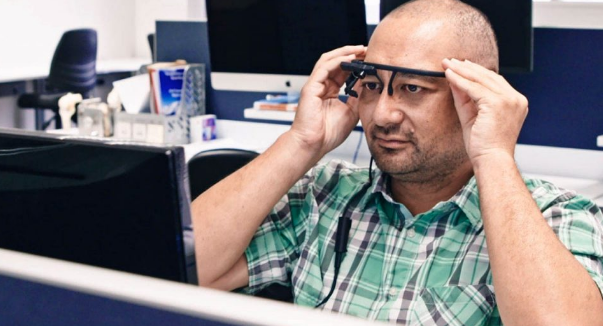 A novel device designed by researchers at the New Zealand-based Auckland Bioengineering Institute (ABI) to test the eyesight of pre-schoolers has been awarded $1.2 million in the Health Research Council (HRC) Project grants, which will enable the researchers to put the technology to the test in childcare centres in south Auckland.

The technology has been developed over a period of ten years by Dr Turuwhenua and his team to detect 'lazy eye' or amblyopia which, if left untreated, can affect a person’s vision for life.

The test is designed to make the testing of visual acuity – clarity of or sharpness of vision - easier to measure and more accessible than it is at present.

While there is national vision screening of children in New Zealand, testing in young children is tricky. Current vision testing relies on an eye-chart system that requires the child to sit still and focus. Not all can be persuaded to do so – particularly pre-schoolers.

Dr Turuwhenua’s technology solves this problem by identifying instead how a child’s eyes involuntarily respond to carefully designed patterns on a short video featuring moving and different sized dots. The camera of the system measures the eye responses that in turn reveals visual acuity.

They have recently adapted their technology for use on a tablet and the HRC funding will allow their international team of researchers from Canada and New Zealand to test the ability of the technology to monitor the progression of amblyopia in those diagnosed with it.