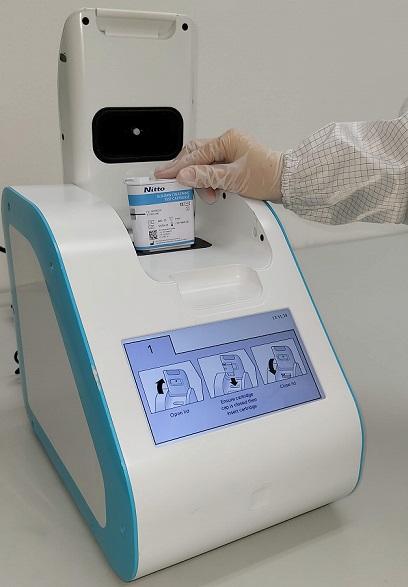 Singapore patients at risk of Chronic Kidney Disease will soon have the option to be tested by "ACT by Zensorium," a more accessible early-detection device by Nitto Denko Asia Technical Centre (NAT) currently being tested at Singapore General Hospital (SGH).

End-stage kidney disease is the sixth most common cause of death in Singapore. Each day an average of five new patients are diagnosed and this is likely to rise further with Singapore’s increased prevalence of diabetes and ageing population. Support and funding for innovation and research are key to improve early detection, treatment and management.

ACT by Zensorium works by testing urine for an increased level of albumin (a protein) and creatinine which correlates with a higher risk of Chronic Kidney Disease onset and progression, especially in patients with Diabetes Mellitus and Hypertension. Zensorium is NAT’s medtech device brand.

To combat the region’s Chronic Kidney Disease epidemic, preventive intervention is the key to avert the irreversible progression of kidney disease. Screening facilities are only available in major cities, requiring many patients in Southeast Asia’s rural areas to travel long distances to seek care. Faced with these hurdles, many patients may never come to medical attention.

Chronic Kidney Disease screening is often qualitative instead of quantitative, and thus difficult for early detection of kidney problems. In comparison, ACT by Zensorium has a specificity and sensitivity of over 95% compared to laboratory-grade kidney tests. This is possible because the testing device and test cartridges are designed to prioritise ease of use but still be highly robust to minimises errors from handling and measurement by testing personnel.

ACT by Zensorium uses a proprietary solution to ensure that costly cold-chain refrigeration processes are not needed when storing and transporting the cartridge packed with test reagents, making point-of-care sites affordable. The system is now being tested at SGH as a part of the clinical verification and product finalisation process.

Following this phase, NAT plans to apply for product registration and approval from Singapore’s Health Sciences Authority for the device’s rollout. The team will identify partners to collaborate with on a nationwide polyclinic rollout and they intend to expand to other countries in Southeast Asia.