The reverse-flow immunochromatography-based detection kit identifies the presence of autoantibodies against GAD65, which indicate damage to beta-pancreatic cells 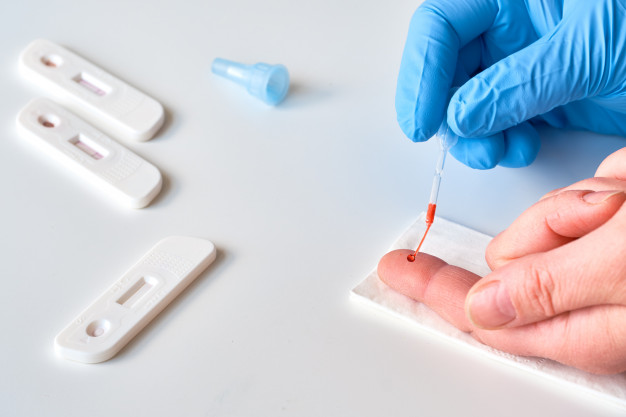 Brawijaya University (UB) in Malang, East Java, Indonesia has developed an initial screening kit for diabetes. The Bioscience Rapid Test GAD65, developed by a research team led by Prof. Dr. Aulanni'am, drh, DES, is ready for commercialization and use in early screening for Type I Diabetes Mellitus, before measures and treatment are determined.

The reverse-flow immunochromatography-based detection kit identifies the presence of autoantibodies against GAD65, which indicate damage to beta-pancreatic cells, a marker for Type 1 Diabetes Mellitus and Latent Autoimmune Diabetes in Adults (LADA).

The Bioscience Rapid Test GAD65 is among the downstream products developed as part of the cooperation between Brawijaya University and state-owned pharmaceutical company PT Bio Farma (Persero). The preparation and production of the kit has involved various levels of research and testing, based on the consensus and regulations set by the World Health Organization (WHO) and the Indonesian Health Ministry.

The screening kit, which has a medical device distribution permit and meets the certification requirements for good medical device manufacturing from the Indonesian Ministry of Health, is ready to be produced and widely distributed and has been introduced to potential consumers in Spain, Taiwan, Japan, Saudi Arabia, Jordan, Madagascar, the Philippines, and Malaysia.

As part of the collaboration for the downstreaming process of the kit, Brawijaya University has been designated as the producer and PT Bio Farma as the main distributor of the patented product (ID. 0.022.556 B, 2009-Granted and P00201910578, 2019-Registered).