Yongyuth - The man behind the first Thai drug 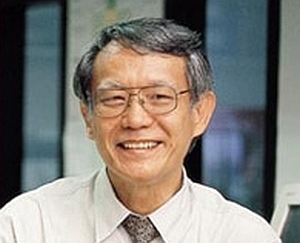 Thailand is on the verge of getting its first indigenously developed drug, an oral anti-malarial drug, that acts against the dihydrofolate reductase target in the Plasmodium. Leading this initiative from the front is Prof Yongyuth Yuthavong, the former science and technology minister of the country, who is also a distinguished scientist of the country. The researcher-turned-policymaker, Prof Yuthavong has over four decades of experience in the field of research and is well-known for his interests in biochemistry and chemotherapy of malaria.

He is also among the select few science and technology ministers of any country to be actively involved in research. Talking about the change from being a researcher to a policymaker, he says, "It is an important transition in that you shift from your own intrinsic interest in a specific area of science to the broad interest of the public in building the system for science and technology and applications in industry, health, agriculture and everyday life."

He adds that he did not find the transition to be a drastic change "because I always had double interests in both my own research and broader policy". "I was the only minister of Thailand who conducted research seminars at my office." He held the post of science and technology minister from 2006 to 2008.

One of the key achievements of Prof Yuthavong's career has been the establishment of the National Science and Technology Development Agency (NSTDA) of Thailand. He became the first president of the agency after it was set up in 1992.

The setting up of the NSTDA marked the beginning of serious support to the research and development efforts in leading areas of science and technology in Thailand. "Prior to this, we had already established national centers for such areas under the Ministry of Science, and the USAID helped in forming research support programs. These activities came together in the establishment of NSTDA by law, which I helped to draft," says Prof Yuthavong, talking about how the NSTDA came into being. "The NSTDA is a semi-autonomous organization radically different from civil service agencies that were the usual models until then. It determines its own research policies."

He adds that the agency managed to draw a good crop of researchers due to its "substantially higher salaries". Many of them were given scholarships to study overseas.

Prof Yuthavong remained at the helm of the NSTDA till 1998 after which he returned to National Center for Genetic Engineering and Biotechnology (Biotec) as a researcher. Associated with the institution since its inception, he headed it as the director from 1985 to 1989. Presently, he heads the research group at Biotec that is working on the development of new anti-malarial drug candidates.

Biotec, set up in 1983, aimed to support and transfer technology for the development of industry, agriculture, natural resources and environment. It was brought under the NSTDA after the latter was established in 1991, and with time Biotec has transformed itself from a funding agency into a research institution.

Formation of Biotec, according to him, was triggered by another event where Thailand failed to become the UN-chosen International Centre for Genetic Engineering and Biotechnology (ICGEB) in 1982. The setting up of the ICGEB was a proposal of the United Nations Industrial Development Organization. "We and twenty other countries put up the proposals, and the selected committee, chaired by Prof David McConnell of Trinity College Dublin, went around to inspect the sites. The committee recommended that Thailand (and another site in Belgium) be chosen. However, in the final selection, politics came in and India and Italy were chosen instead," he recollects, adding that this convinced them that Thailand had potentials in biotechnology "and the Ministry of Science put in major efforts to promote the technology, especially in its application in agriculture, health and industry".

He believes his background as a scientist and an administrator helped him understand the requirements of government policies related to science and technology and allowed him to assist in translating the technical details into policy. "In my work as the minister, I focused on building strategic collaborations with other ministries such as the Ministry of Natural Resources and Environment (which I served concurrently as acting minister for four months), Ministry of Agriculture and Cooperatives, Ministry of Public Health, and the private sector," he says. He was instrumental in bringing about a number of policy changes in the field science and technology, including policies regarding GM crop trials and a National S&T Innovation Law.

The fight against malaria
Prof Yuthavong and his team have successfully developed the country's first indigenous drug to combat malaria. Talking about the inspiration behind the work, Prof Yuthavong says it was a combination of both wanting to solve an important problem of Thailand and of the world and "showing the society that basic science works for human benefit in the concrete sense". The team started with basic biochemistry of malaria in 1974 and went on to study drug targets, including dihydrofolate reductase, in the 1980s, and got the X-ray structure of the wild-type and mutant enzymes in 2003.

They synthesized a number of compounds of which P218 was the most promising one. "The team has got support from Medicines for Malaria Venture (MMV) for development of P218 and is now moving into pre-clinical and clinical trials," he says.

Dedicated to a life of research
Prof Yuthavong, who loves music, says he tries to play violin and cello in his free time. "These pastimes convince me that not every one can do well in all areas. You have to have some gifts, and nurture them," he says, which somewhat explains his zeal for research.

His role model is his uncle, late Dr Puey Ungphakorn, who was the Governor of the Bank of Thailand and also the president of Thammasat University. His major contributions to the Thai society were in shaping the country's economic success during the 1960s and in helping the country move towards democracy in the 1970s. Dr Yuthavong says he draws inspiration from late Prof Stang Mongkolsuk who convinced him to become a science scholar rather than a physician, in his professional life and looks up to Nobel Laureate Prof Paul Boyer, with whom he has worked, and whose style of research he appreciates a lot.

According to Prof Yuthavong, the Thai biotech industry is doing very well in the area of agricultural and food products. "This is our main strength stemming from original strength in agriculture. We also have potentials in medical biotech, because the good brains in Thailand tend to go for medicine. However, here we have a gap between clinical medicine and the medical industries, including pharmaceutical industry, because we tend to work in the downstream areas of treatment, and not in the basic and upstream areas of drug development."

In the near future, Prof Yuthavong sees himself contributing further to research in his group, progressing to strategic planning and advising. "I want to write books and talk to people, especially the youth, to try and explain to them the value of science," he says, adding that he hopes to continue to the policymaking as well "since we are still devoting too little resource to research and development". "We use so much money in short-term, populist programs, such as subsidizing car purchase, while an equivalent sum or even less for research and development can guarantee our future in the long run. I hope to convince people and the government of these lasting values," concludes Prof Yuthavong.