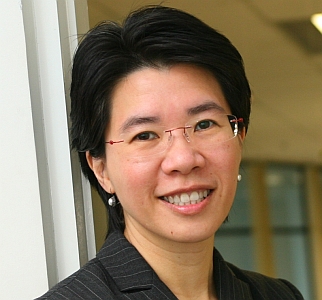 Dr Kanyawim Kirtikara is undoubtedly one-of-the-most important forces to recon within Thailand's biotechnology industry. Her present role as the executive director of BIOTEC allows her to work as a bridge between what scientists do and what the country needs.

Dr Kirtikara, who graduated from Chulalongkorn University with a BS in Genetics, enrolled at the University of Connecticut, US, to continue studies in her interest area of plant genetics. She obtained an MS in Genetics in 1987 and completed her PhD, also in Genetics, in 1993. Her PhD research focused on the alteration in protein accumulation and gene expression of the ascorbate-gluthione pathway in the tomato. Dr Kirtikara then began a postdoctoral research fellowship at Rutgers University in the Department of Plant Sciences, investigating the effect of oxidative stress. She received a second post-doctoral fellowship in 1995 at the Department of Medicine, University of Tennessee, by focusing on complex regulations of genes involved in prostaglandin biosynthesis.

"Then I came back to Thailand to work as a researcher at BIOTEC in 1998 (my first job). I helped set up the bioassay lab at the center for screening various bioactive compounds from natural products," said Dr Kirtikara, who has been with the institution for 14 years now. "That time you had only two choices here in Thailand. If you like teaching, you joined the university. If you wanted to focus on research, you joined institutes. BIOTEC has been a very good place," she added.

Dr Kirtikara became the director of BIOTEC central research unit in 2005 and deputy director of BIOTEC, in charge of capacity building, during the late 2007. As the executive director now, Dr Kirtikara manages two things: research directions for BIOTEC and scientists. "I have to work at the national level to understand what kind of research is needed for the country. Since we do not have that much manpower, we have to focus on certain areas and utilize resources judiciously. I also engage with scientists in what they are doing. It can be tough as we are different from universities, so our output is not publication. People expect that research should be tangible and public should benefit. So I have to keep the scientists motivated," she said, while explaining the challenge.

BIOTEC, which will celebrate its three decades of existence in September 2013, was established much before the NSTDA. In the initial 10 years, BIOTEC played the role of a funding agency. It sent people abroad for studies and also promoted and supported the country's universities to carry out research. In the last two decades, BIOTEC has also emerged as a research institution, and has been collaborating with companies and universities to do high-quality research.

"I came to this position when there was a shift from being a funding and implementing agency to become a research institute. This means that we are now continuously looking for funding for our research while trying to keep our focus on what is important for the country. Thailand, at the moment, is in a changing phase and industry is getting more interested in biotechnology. The difficult part that I have been doing is to gear people to get ready for the industry while pursuing scientific excellence," pointed out Dr Kirtikara.

For her, the turning point in her life has been the shift from being a scientist to being an administrator. "It requires different skills and is certainly a major transition. I now have the opportunity to understand the needs of the country and have a broader view. I do not get to go back to do research due to lack of time, but I certainly attend lab meetings to give suggestions, and go to regular meetings with scientists. That is the only way I keep updated with the latest in the science field," she added.

One of the major challenges that Dr Kirtikara has to deal with is that the budget has not been increasing for the NSTDA. The government's spending on R&D is at the moment 0.25 percent of the GDP and the government is aiming to increase it to one percent. Dr Kirtikara said, "We have a lot of new people with lot of capabilities. These young bloods who are returning to Thailand have to be kept stimulated and focused on science. This is one of the challenges that I face, to be a buffer between the problems at the top and to keep these young scientists engaged."

Dr Kirtikara said she is lucky to have good mentors by her side. Dr Malee Suwana-adth, associate professor Sakarindr Bhumiratana and professor Morakot Tanticharoen, former directors of BIOTEC, are strong supporters of her work. "They showed me how to keep a balance between management and scientists. Because they started out as researchers themselves, they know what the challenges are and how to balance between good science and its application," she said.

With three more years remaining in her present tenure, Dr Kirtikara hopes to return to the lab. "I am not worried about BIOTEC. We have had good leaders and the way we are moving forward is quite balanced. The next generation will do even better," she added.