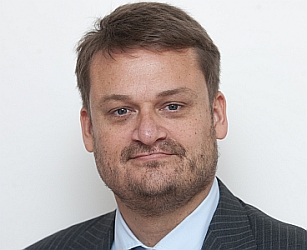 Genetic diagnostics seems to be the buzzword in the healthcare industry. Start-ups take the route of diagnostics to enter the lucrative life sciences business. VolitionRx is a life sciences company with goal to make its non-invasive blood tests for cancer common and simple to use as existing diabetic and cholesterol tests. The company aims to address the need for inexpensive, accurate, and scalable cancer diagnostics with its NuQ suite of products. With the name meaning the act of deciding on and committing to a course of action, VolitionRx too is committed to developing diagnostic tests for a range of cancers and other conditions.

The company's two chief scientific officers, about five years ago, pulled together a package of intellectual property (IP) around the use of nucleosomes, the basic unit of DNA packaging, as a diagnostic when they were working with a small AIM listed therapeutics company. "Myself and a few key members of our team then established a new company in Singapore, called Volition, in 2009, putting together funding to give this exciting package of IP and the scientists, an independent focus and home" said Mr Cameron Reynolds, CEO, VolitionRx.

The company, although based out of Singapore, has its laboratory, where the internal research is carried out, based in Belgium where the company was awarded a significant grant from the Walloon Regional Government. Praising Singapore, Mr Reynolds said "we were attracted to Singapore as a hub for Asia for its competitive, entrepreneurial tax regime and its strong support for life sciences." The chair of the company's scientific board. Dr Alan Colman, who is based at A*Star in Singapore also motivated the founders to have a regional base in Singapore.

VolitionRx has developed a range of immunoassays based on company's proprietary technology Nucleosomics, an epigenetic profiling platform for the detection of histone variants and post-translational modifications as well as DNA modifications in intact nucleosomes. Nucleosomics allows to profile nucleosomes through a liquid biopsy (serum, plasma or other biofluids) in a standard ELISA format. The tests are a simple double antibody ELISA which captures and labels nucleosomes in a sample. The company is primarily focused on using blood samples, as it is simple to take from patients and would allow the company to detect disease without need for invasive diagnostic surgery, such as a biopsy

Talking about the use of company's products, the CEO explains, "Uses for our product fall into two groups which use exactly the same kit and format. First use is that we have developed a range of 15 immunoassays for the detection and analysis of nucleosome structures, which was launched in December 2012. This kit ranges from EUR 799 to EUR 999 for a 96-well plate kit. Secondly, concurrently, the major market for our tests will be for clinical use in oncology (we are wokring on a range of cancers including the 20 most prevalent cancers) and for other conditions such as endometriosis.

To promote these kits, the company is initially selling the tests to researchers in fields as varied as stem cell research, inflammatory disease, and chromatin structure and function. At the same time, VolitionRx is also carrying out multiple clinical trials both on the tests in general and on specific indications such as lung and colorectal cancer. The kits are manufactured in the lab in Belgium but the company has plans to outsource production as and when the demand would rise.

Talking about the funding for the company, Mr Reynolds said "Much of our early funding came from a range of entrepreneurial individual investors and small private funds who have invested about $4.35 million. We were also awarded a very generous funding of just over 1 million Euros by the Walloon region in Belgium."

The company boasts of its proprietary Nucleosomics technology, that involves the identification and measurement of a large number of different nucleosomes structures with almost innumerable potential combinations and this is therefore an entire platform rather than a single biomarker.

"As far as we're aware, we are the only company working in nucleosomes in blood, and our broad patents and applications reflect that. We've had very promising results thus far, showing higher sensitivity and specificity than the one or two commonly used blood tests, such as the PSA, and we see ourselves as sitting very separate to those companies working on biomarker- or CTC-based tests due to our low costs and potential for early detection" comments Mr Reynolds on the benefit of using VolitionRx's diagnostic kits over the other kits present in the market.

"For 2013, we will continue to sell our kits to the research market, while at the same time continuing with our four current clinical trials. We also plan to commence a number of new larger trials in the first half of the year in several new cancers. We also aim to open an office in the USA in 2013 to coordinate the process of FDA approval, as well as begin the process of applying for European regulatory approval for our first clinical product. We are also in discussions with larger diagnostic companies regarding possible licensing of our products" concludes Mr Reynolds.