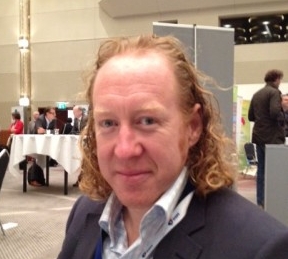 With the need for green fuel technologies growing bigger every day, New Zealand company LanzaTech is providing an alternative solution to the energy crisis. Stepping away from the conventional methods of producing biofuel, which have their own limitations, the company converts waste industrial gases into biofuel through a proprietary technology.

LanzaTech's journey from a lab in Auckland to industrial-scale operations across continents is also a personal journey for Dr Sean Simpson, the co-founder and chief scientific officer of LanzaTech, from being a researcher to being an entrepreneur. "We identified that gases rich in carbon monoxide and hydrogen that are produced as a waste by a range of large industrial processes are an ideal resource from which low carbon, low-cost fuels can be made," says Dr Simpson, who is a trained biologist. With this idea in mind, he then identified and optimized a microbe that could make use of such gases. "I would say that the combination of this perspective on resources and a microbial process that could make use of gases was the basis of the idea," he adds.

But the toughest part, in his own words, was raising funds to support the science.
"There was, in the beginning, this difficult conundrum. In order to secure funds, we needed to have proof-of-concept, but in order to have a proof-of-concept, we needed funds," explains Dr Simpson, about the difficulty of the situation. "Therefore, the first job was as much marketing and sales as it was science, since we needed to be able to give people enough confidence to support our dream, with little or no tangible evidence that what we were dreaming about could become a reality."

He adds that they were fortunate to have found "some very supportive early investors who were prepared to take a leap of faith with us". However, the challenging part of this transition from being a bench scientist to being an entrepreneur with a science-based idea was establishing the commercial value of the idea and then getting others excited about it. "For many scientists, this is a rather difficult skill," he says. "Walking into a room with what was considered a wild and crazy concept to ask for money was a challenge.

The other challenge was the process scale-up itself. "Ours is a first-of-a-kind process operating in a rather extreme industrial environment. We don't have any models for how to make this process scale up. We have had to develop all of this ourselves," he says. "We have done this and it is with tremendous pride that we say that LanzaTech has successfully scaled up the fermentation process using gases produced by steel mills." The journey to commercial success is not over yet as LanzaTech plans to reach that stage by the end of this year.

Setting up the company
LanzaTech was founded in 2005 in a small laboratory in Auckland, New Zealand. "At that time, we had a test tube of data to demonstrate our technology and we were able to convince some very forward-looking people to invest in us," recalls Dr Simpson. In 2005-06, the company raised funds from New Zealand-based angel investors and K1W1, a local venture capital group. Highlighting the importance of funding, Dr Simpson says, "This process was crucial for the success of the company as we needed these funds to get our idea off the kitchen table and into the lab, giving us all the important data to secure further funding."

LanzaTech also secured over $9 million through New Zealand government grants to fund process development and scale-up in the early days. In 2007, the company attracted Series A investment from CleanTech investor Khosla Ventures. Series B financing in 2010 was led by Qiming Ventures in China. The Series C finding of 2012 was led by Malaysian Life Sciences Capital Fund that included new investors such as Petronas Technology Ventures, the venture arm of Petronas.

The success story
Since 2007, the company has gone from strength to strength with the transfer of the technology from the lab to the field to a 15,000 gallon per year pilot facility at the BlueScope Steel Mill in Auckland in 2008 and most recently in 2012 to two pre-commercial facilities in China.

Year 2012 was especially fruitful for the company in many ways. It completed the Series C financing round in January, raising $55.8 million in venture capital. In October of the same year, LanzaTech received funding from Western Technology Investment, bringing the company's total funding to over $100 million till date. In the same year, LanzaTech also opened its office in India and procured a biomass facility in the US.

Talking about the company's strategy to grow, Dr Simpson says, "Our strategy has been to identify sector leaders across a variety of industries that has led us to develop our global reach. We see LanzaTech as being a global company. We already have offices in the US, China, India and Europe. Our partnerships in terms of investment, funding, research and commercial production also span the globe."

In 2010, the company appointed Dr Jennifer Holmgren as its CEO. This helped Dr Simpson to partially shed the burden of entrepreneurship. "Up to this point, I was thrown into the deep end of running the company and managing the science. I have to say, I prefer the laboratory to the boardroom. Having Jennifer's experience and depth of knowledge on our team was a major achievement in terms of where LanzaTech was going," he says.

Some of highlights of 2013 is a commercial project with BaoSteel and the second demonstration plant in China with Shougang. In the US, the company is focusing on the biomass facility, Freedom Pines, which will use syngas generated from residues of the pine industry to make chemicals. In terms of technology development, the company is working on carbon-dioxide process, diversifying the chemicals portfolio and taking forward the alternative aviation project.

The technology
LanzaTech's process is a gas fermentation technology that converts gases rich in carbon monoxide or carbon dioxide into valuable fuels and chemicals. Proprietary microbes of the company are used to break down these waste gases from industries such as steel manufacturing, oil refining and chemical production. The proprietary microbes are naturally occurring and is categorized as a WHO-risk 1 organism (same as baker's yeast).

"Essentially our process can be co-located at the source of the input gas stream. In the case of using steel mill gases, the plant will sit on existing land by the flue stacks. It is like retrofitting a brewery onto the site," explains Dr Sean Simpson, co-founder and CSO of Lanzatech.

The process is unique in many ways. The process allows a look at carbon sequestration in an entirely different way than just sequestration for carbon utilization and monetization. "We are able to present an opportunity for beneficial capture and reuse of a resource that is currently seen as a liability for many industries," says Dr Simpson. It is also a novel approach in reducing carbon footprint in the manufacturing process.

The microbes produce a broad spectrum of commodities, including alternative transport fuel and high-value chemicals used in polymers and plastics market. "The breadth of the opportunity is perhaps something that is most unique. We are not restricted to one input gas stream and we do not produce just one product, which makes us less susceptible to fragility with a particular feedstock or in a particular product market," he adds.