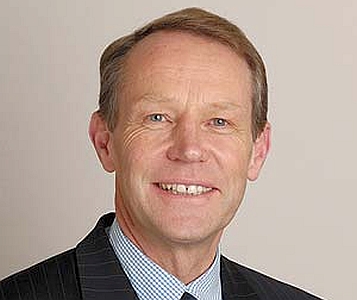 Dr Paul Hutchison is ushering in a new era in the history of New Zealand's healthcare sector. Dr Hutchison, a parliamentarian from Hunua, is the present chair of the Health Select Committee, a key body responsible for bringing the recent changes in the clinical trial industry of New Zealand.

Dr Hutchison, hopes that the island nation leverages its focus, "From a base of stable government, strong institutions, and excellent educational facilities, to focus on research, innovation and its commercialization to form a third tier to our economy, that of primary products and tourism."

New Zealand in the past has not paid much attention to its clinical trial industry. For instance, the country lacks accurate records of trials done in the country or the revenue generated in the nation through clinical trials. It is estimated that pharmaceutical trials held in New Zealand during the year 2000 generated an excess of $100 million.

Course correction
Following a series of discussions with the regulatory authorities in the country, Dr Hutchison, in June 2011, submitted a 62-page report titled, 'Inquiry into improving New Zealand's environment to support innovation through clinical trials', to New Zealand Parliament. The purpose of the report was to make necessary recommendations in order to improvise on the existing clinical trial industry. The committee made 54 recommendations and the government has now begun acting on them.

"We instigated an inquiry because of concerns that New Zealand has lost its advantage as a good place to carry out clinical trials. Most submissions we received backed this view and called for improvement. The main elements of the system can be put right at almost no cost, and we believe the returns for New Zealand patients, the health service, and the economy will be significant," says Dr Hutchison.

Healthcare professional-turned-politician
Dr Hutchison, who has more than 30 years of experience as a health professional, has worked as a specialist consultant both in public and private sector and was a founding director of one of New Zealand's first high technology day stay facilities.

He grew up in Wellington and went to Victoria and Otago universities for higher education. A specialist in obstetrics and gynecology, he did his post graduation at Case Western Reserve University, Cleveland, US, and National Women's Hospital, New Zealand. He has also worked in the UK, Papua New Guinea, Samoa and the UAE apart from New Zealand.

In 1999, Dr Hutchison was elected as member to the New Zealand Parliament. Currently, he is part of foreign affairs, defence and trade as well as the Emissions Trading System Review Committee, along with being the chair of the Health Select Committee.

"Coincidentally, associate professor Shaun Holt had published an article in the New Zealand Herald, which suggested that 'our ethical committees had become so bureaucratic and inefficient that they were unethical'. Dr Holt's article was rebutted by professor Tim Dare, who claimed that New Zealand ethics committee process' was the best in the world. However, there was an admission by others that it needed a streamlined electronic process," Dr Hutchison added.

There was also a perception that the New Zealand clinical trials industry had become less attractive because of relationships between some pharmaceutical companies and the drug funding agency Pharmac. "The most talked about example was when Pfizer withdrew $50 million of funding from cancer research at Auckland University," he says.

He presented the terms of reference to the national government caucus, which accepted them after consultation with key figures in the industry and the government. "They were in turn implemented unanimously by all political parties, represented in the Health Select Committee. Public submissions were called for and, 32-out-of-the-58, were heard by the committee. We received advice from the Ministry of Health, the Ministry of Science and Innovation, and specialist advice from Mr David Clarke and Dr Neil Domigan from Cranleigh Health (Cranleigh Merchant Bank)," he explains.

This resulted in the report in June 2011. The government responded within three months and agreed to the main recommendations. The key recommendations to be acted on urgently (within 12 months of the report's presentation), included simplifying and streamlining ethical review processes; promoting collaboration between the government departments to coordinate the system; developing a national health research action plan to foster innovation and commercialization; and developing a framework for clinical trial research throughout district health boards, to be facilitated by a hub.

Things have improved since the recommendations were made. Dr Hutchison himself agreed to that. "I have no doubt that the environment for carrying out clinical trials has already changed for the better, but it is vital that we continue to aspire to be the best place in the world for the type of trials that suit our population," he revealed.