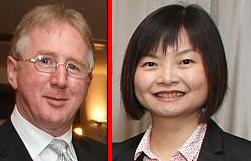 Malaysia-based AseaCyte is emerging as an instrumental firm in the domain of human disease analysis, through its cell culture technology and cell-based analysis services. The start-up company abides by the theories, postulated by German biologist, Dr Rudolph Carl Virchow, during the mid-19th century.

Dr Virchow, who is referred to as the 'father of modern pathology', is known for his wide contribution in the domain of cell theory. He had mentioned that diseases are caused due to the outbreak of a disturbance at the cellular level. He said that in order to understand the mystery of disease eruption and to find its solution, it is important that we know the cellular pattern and understand their behaviour.

The company has developed expertise in working with human primary cells, which are prepared from human tissues that have been sourced with ethical permission. The firm has also stringently complies with international regulations on the use of human tissues in preclinical R&D.

At Aseacyte, human and animal cells are isolated as cyro preserved stock and cell populations are characterized with cell marker analysis. Stem cells are grown in culture dishes to mimic what is happening in a whole-body environment, and can used to test a whole range of materials in a predictive way, including the complex mixture of natural compounds that is often found in herbal preparations.

AseaCyte has a bank-of-cells categorized in to diseased and healthy models. The diseased model catalogues are supportive in studying different diseases. For instance, cells from fully-characterized primary cancer cells, each isolated from individual donors and supplied with a full patient history are stored and supplied. Similarly, cells are classified for studying glioblastoma, colon cancer, lung cancer, respiratory diseases, chronic obstructive pulmonary diseases (COPD) and metabolic diseases.

The services and technology offered by AseaCyte could play a critical role for drug discovery companies in understanding the informed decisions about biological properties of the test materials before embarking on animal or clinical evaluations. Cell identity is confirmed by fluorescence-activated cell sorting (FACS), using multiple cell surface markers.

Cells are typically supplied with a recommended protocol for cell recovery from the frozen state and with general information on cell performance in culture. AseaCyte's cell biology and cell culture technology is relevant to major human disease areas and could be a key contributor to pharmaceuticals, natural product therapeutics, nutraceuticals and nano-materials industries for predicting therapeutic bio-activity and bio-safety.

AseaCyte licensed the know-how of natural product chemistry from CARIF and cell-based technology from AvantiCell Science. The technology assets provided by the founding investors helped built the foundations for the company. AseaCyte decided to provide cell-based services for applications in drug discovery, natural therapeutics, agri-bio R&D, environmental screening, bioactivity and biosafety testing and other customised applications.

Dr Hwang and Dr Wilde realized the significant synergy in the technologies available between the two organizations, where CARIF had know-how on chemical evaluation of natural products and AvantiCell had high-value cell-based technologies for evaluating these same materials. They put their brains together to bring a highly applicable commercial offering to the vibrant herbal industry in Malaysia.

Discussions on possible ways to combine the strengths of the organizations started during early 2009 and eventually led to the incorporation of a joint venture (JV) called AseaCyte in February 2010. AseaCyte started developing testing services based on cells and enabled technologies to generate and maintain cells taken from humans and animals, such that the cells still retain a biological memory of the tissue they came from.

In the subsequent 20 months, AseaCyte focused on securing the coveted BioNexus status from Malaysian Ministry of Finance and fund-raising in order to kick-start its business operations. AseaCyte is funded by initial capital investment from its founding shareholders including CARIF, AvantiCell Science and Sime Darby Allied Products, and has also received a CIP500 Commercialization Grant from investment firm Cradle. The company is now planning to include sourcing of further funding to sustain the business and establishing an in-house R&D unit in order to build its own intellectual property (IP) portfolio.