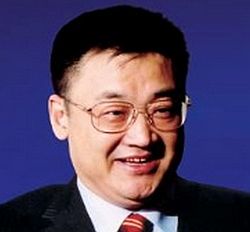 Singapore: Dr Rongxiang Xu has been awarded the Golden Biatec 2013 international award by the Informal Economic Forum (IEF) Economic Club for his "exemplary efforts to finding a solution for the regeneration of human organs."

The gold medal will be given in a special award ceremony by the IEF on October 24, 2013. The ceremony will be broadcast simultaneously at two sites, including Bratislava, the capital of Slovakia, and Los Angeles, in the US.

This year, Dr Xu will receive his award via live webcast and will discuss his major scientific break-throughs in organ regeneration science. Dr Xu's speech will directly focus on the shift taking place in the organ regeneration era, which focuses on application rather than concepts.

Viewers will have the chance to get to know the innate organ regeneration mechanism and how to initiate the mechanism to resolve the organ diseases uncured by the medical and scientific communities; therefore offering life enhancing and life saving information to the world.