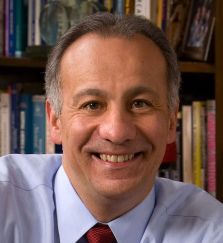 Together on Diabetes, a Bristol-Myers Squibb initiative, is the largest corporate philanthropic commitment to fight type 2 diabetes. Working with well-respected community-based regional and national partners in each country, the program supports efforts to develop and expand effective patient self-management programs and broadly engage affected communities in the fight against type 2 diabetes. In May 2012, the Bristol-Myers Squibb Foundation announced a $15 million commitment in India and China.

In an e-mail interview with BioSpectrum, Mr John Damonti, president, Bristol-Myers Squibb Foundation, shares the highlights of the program and plans to realize their commitment in the two biggest emerging markets of Asia.

Tell us about the BMS Together on Diabetes program.

Mr Damonti: Together on Diabetes is a five-year initiative of the Bristol-Myers Squibb Foundation to help patients living with type 2 diabetes in the US, China and India better manage their disease beyond the doors of their doctor's office, in their homes and communities.

The initiative draws upon the BMS Foundation's experience in supporting community-based services that complement medical care and improve health outcomes. This approach - first employed by the foundation in 1999 as part of the $150 million Secure The Future initiative to fight HIV/AIDS in Africa - helps remove barriers to diagnosis and care, while empowering patients to understand their role in managing their disease and reducing the risks it can pose to their health.

The foundation's grants will focus on developing effective, comprehensive solutions that integrate public health, healthcare services, community supportive services and the strengths of the communities in order to improve health outcomes and reduce disease burden. In China and India, we will focus on both urban and rural populations with special focus on early diagnosis, prevention of the onset of diabetes and complications for diabetics. We will also seek to have innovative workplace programs.

What made you choose China and India over the other APAC countries?

Mr Damonti: The mission of the BMS Foundation is to help reduce health disparities around the world by strengthening community-based healthcare worker capacity, integrating medical care and community-based supportive services, and mobilizing communities in the fight against disease. The foundation's initiatives in type 2 diabetes, HIV/AIDS, cancer and hepatitis B and C focus on alleviating the disease burden in those countries most heavily impacted by these diseases.

These two emerging markets are important to both BMS and its foundation. In mid-May, BMS celebrated the 30th anniversary of the establishment of its joint venture in China, Sino-American Shanghai Squibb Pharmaceuticals. This year also marks the 10th anniversary of the BMS Foundation's Delivering Hope initiative to address hepatitis B and C in Asia.

How do you plan to work in China and India to help curb type 2 diabetes through this program?

Mr Damonti: Together on Diabetes awarded its first grants in China in mid-May. The Shanghai Charity Foundation (SCF) will receive $522,797 over three years to create an efficient and effective community-based, block-by-block approach for managing type 2 diabetes in Shanghai.

The most recent survey conducted by the Shanghai Center for Disease Control (SCDC) shows the prevalence of type 2 diabetes in Shanghai reached 16 percent last year, more than six percentage points above the national average and nearly five percentage points higher than other Chinese cities.

Working with the SCDC and the Shanghai Municipal Health Bureau, SCF will leverage existing city management systems and technology to build and pilot an integrated model of diabetes prevention and management that can be deployed in other Chinese cities.

In addition, the Chinese Center for Disease Control and Prevention (China CDC) will receive $709,016 over three years to enhance the capacity of rural healthcare providers to manage and prevent type 2 diabetes at the village level in Western China, where diabetes is growing faster than in China's cities and where rising medical costs are an important factor leading to poverty.

China CDC's efforts will focus on identifying high-risk rural populations and ensuring timely intervention to prevent onset of disease; standardizing training courses for diabetes prevention and control in rural settings; enhancing disease awareness and health education and using technology in rural communities to improve patient-self management; and mobilizing government and community leaders to prioritize management of type 2 diabetes. The first Together on Diabetes grants in India will be announced later.