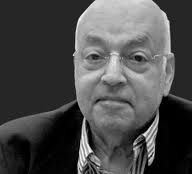 Singapore: Mr Abraham (Barry) E Cohen, member of BioTime's board of directors, passed away at the age of 76. BioTime is a US-based company, focused on biomedical research and product development in regenerative medicine and has operations in Asia including Singapore and China.

Mr Cohen had been a valued member of the board of directors and was a member of several committees, including the firm's audit Committee. Mr Cohen had a long career in the pharmaceutical industry, where he played a key role in the development of international business for Merck & Co. While at Merck, Mr Cohen was instrumental in developing Merck's international business, initially in Asia, then in Europe and, subsequently, in all international regions as president of Merck Sharp & Dohme, which manufactures and markets human health products outside the US.

"It was a great privilege to work with a man of Barry's stature," said Mr Michael D West, CEO, BioTime. "His enthusiasm and energy for the industry was infectious. We will continue to labor to advance his vision of a brighter future for mankind through advances in medical research."