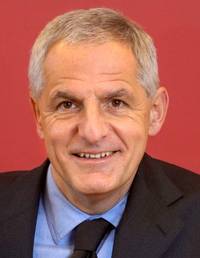 Singapore: Eminent AIDS researcher, Prof Joep Lange, died in the Malaysian Airlines flight MH17 crash on July 17 while he was enroute to Melbourne to attend 20th International AIDS Conference to be held from July 20th to 25th.

Prof Lange was among the pioneers in HIV research and treatment and played a crucial role in controlling AIDS since 1983. He was the principal investigator of several pivotal trials on antiretroviral therapy and on the prevention of mother-to-child transmission of HIV in both the developed and developing world.

Prof Lange was instrumental in combining global efforts to fight against AIDS and brought over four million people in developing countries under HIV treatment by 2009 and hold an optimistic vision of creating complete AIDS treatment.

Prof Lange was the professor of medicine, head of department of global health, at Academic Medical Center (AMC), University of Amsterdam, executive scientific director of Amsterdam Institute for Global Health and Development (AIGHD) and chair of the steering committee AIGHD.

He also held the position of chief of clinical research and drug development at Global Programme on AIDS of World Health Organization in Geneva from 1992 to 1995. From 2002-2004 he was President of International AIDS Society.

Prof Lange has published more than 350 papers in peer-reviewed journals and has guided more than 30 PhD students. In 2007 he was awarded the Eijkman medal for his achievements in Tropical Medicine and International Health.