Neurocore and Their Feedback Therapy 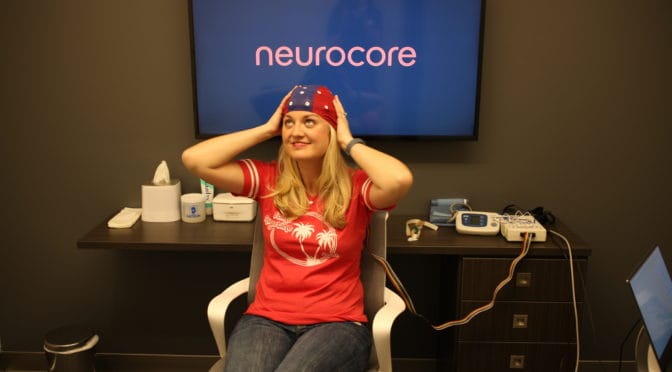 Half way past the second half, the Vikings scored a goal but it was still as though these teams were going to reach a deadlock again. 40 seconds before the end of the third quarter and the Vikings were threatening to score again. Kirk Cousins was against one of the fiercest linebackers, Clay Mathews.

It seemed as though Mathews would stand in the way of Cousins due to his great reputation. However, Cousins surprised many people with how he handled this linebacker. Cousins moved past Clay and was able to locate Adam Thielen for a touchdown.Vikings proceeded to win the Packers. When Cousins' was asked how he was able to pull off that run, he talked about the intentionality he aims at achieving during training.

Neurocore has this neurofeedback therapy and also helps athletes achieve breathing habits and optimal sleep. Cousins is able to mitigate stress and recall and process information faster through the neurofeedback and coaching he gets for breathing and for monitoring his sleep patterns.

When being interviewed by ESPN, Cousins said that he thought quarterback is more about the mental and emotional and has little to do with the physical. He further stated that while these things are hard to measure, he was trying to focus on these aspects because they are the key to becoming a good quarterback. Kirk Cousins training regimen is specially focused on the rigors of NFL. However, Neurocore helps athletes in Florida and Michigan at their brain training centers.

Stress is contagious. According to research, people pick up the emotions of those around them and this includes stress. This emotion is especially contagious for people who are susceptible to depression and anxiety. Do you recall how one person is able to lighten the mood in a room through his humorous nature? This is the same way a dull person is capable of infecting others with their gloomy mood. This finding can be well elaborated by mirror neurons in the human brain.When we encounter people who are suffering from stress, these neurons hamper the lines of acting and seeing which ultimately passes on the emotion.

The effects of stress can be detrimental. Some of the common effects include: anxiety, allergies, restlessness, obsessive thoughts, upset stomach, migraines, and cardiovascular disease. During stressful moments your brain gets into a fight/flight mode and this prompts the release of hormones that cause your muscles to become tense, increases your heartbeat, and causes you to breathe faster. Stress also prompts the release of cortisol. When this hormone is released, you tend to crave for sugar and you are likely to gain weight due to a high sugar intake.

To fight against this reaction, take deep breathes. Slow inhales and exhales for 3-5 minutes. This will convert excess cortisone into insulin flows. Experts also recommend exercises, yoga, and gardening along with these breathing exercises.

Everyone deals with stress but the amount of stress you experience and how you deal with it will depend on your approach. Stress has different effects on one's mental and physical wellbeing. Neurocore Brain Performance Centers have dedicated their work to applying a drug-free treatment to people facing stress in Florida and Michigan. The approach of Neurocore starts with an assessment that looks at the client's brain wave activity to determine their emotional and physical reaction to stress.Through brain mapping and following a patient's symptoms, experts at the company are able to develop specialized plans to train a person's brain to handle stress in a better way.