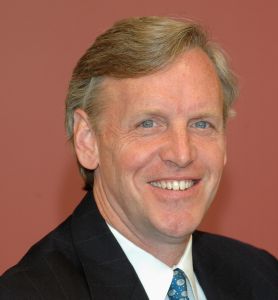 Type 2 diabetes, also known as non-insulin dependent diabetes mellitus, is a lifelong disease. US-based GI Dynamics is a pioneer in the development of an effective, non-surgical treatment for type 2 diabetes and obesity. Its EndoBarrier Therapy is a novel approach that doesn't rely on medication or surgery to help patients regain control of type 2 diabetes and obesity. Currently, GI Dynamics markets EndoBarrier in select regions in Europe, South America and Australia. In April 2012, the first group of patients were treated in Australia with EndoBarrier Therapy who were successfully implanted with the EndoBarrier.

Mr Stuart A Randle, president and CEO, GI Dynamics talks to BioSpectrum about this novel therapy to treat type-2 diabetes and obesity, and about the future plans of the company in taking this therapy to a broader market.

Tell us in detail about EndoBarrier Therapy.

EndoBarrier Therapy is a revolutionary approach to treating type 2 diabetes and obesity. This therapy doesn't rely on medication or involve surgery. Delivered and removed endoscopically (i.e., through the mouth), the EndoBarrier device is a flexible, tube-shaped liner that creates a barrier between ingested food and the duodenum or proximal jejunum sections of the intestine. Essentially, EndoBarrier mimics the effects of a gastric bypass, but without the risks associated with surgery. There are no incisions, scars or lasting changes to the anatomy.

The implant procedure usually takes less than 30 minutes; and most patients go home the same day. Once implanted, EndoBarrier affects certain gastrointestinal hormones involved in insulin sensitivity, glucose metabolism and satiety; and these changes allow for rapid and sustained improvement of type 2 diabetes and weight loss.

The EndoBarrier device is not designed to remain in the body permanently. It has been tested and approved for a 12-month treatment period, although it can be safely removed at any time. Using GI Dynamics' custom retrieval system in a short endoscopic procedure, removing the EndoBarrier takes about 15 minutes.

How was this therapy developed and how long did it take for GI Dynamics to develop this technology?

The origins of GI Dynamics dates back to 2003. Spurred by the emergence of gastric bypass surgery and growing recognition of its therapeutic impact, company founder Mr Andy Levine identified an opportunity to develop a technology that mimics the mechanism and effects of bypass surgery, but through a less invasive, reversible procedure.

The EndoBarrier device was first implanted in a human subject in 2005; and since then the technology has evolved. Today, the number of patients treated with EndoBarrier Therapy far exceeds 500; and we continue our research and development efforts to enhance the product and treatment program and explore additional uses of the technology.

What are the major benefits of this technology?

EndoBarrier Therapy has been clinically shown to lower HbA1c levels, achieve weight loss of more than 20 percent within one year, and improve important metabolic functions, including cholesterol, blood pressure and triglycerides. Food bypasses the duodenum and proximal jejunum as it does in a gastric bypass procedure, but the EndoBarrier has distinct advantages over surgical therapies:

Clinical trial experience to date involving more than 500 patients has demonstrated significant diabetes improvement and weight loss with EndoBarrier Therapy. In addition, while receiving EndoBarrier Therapy, many patients are also able to decrease their dosage of oral anti-diabetes medications.

Share with us some of the results from the clinical trials that were conducted prior to commercialization of the therapy.

In 13 clinical trials involving more than 500 patients, EndoBarrier Therapy has been shown to lower HbA1c (blood glucose) levels, achieve weight loss of more than 20 percent and improve important metabolic functions including cholesterol, blood pressure and triglycerides within a year.

The effects of EndoBarrier Therapy on glucose control are rapid. The EndoBarrier medical device may be implanted for up to12 months of use and has shown benefits in three-month, six-month and 12-month studies. Initial studies have demonstrated that EndoBarrier Therapy has sustained benefits on glycemic control and weight loss up to six months post-explant.

Once EndoBarrier is placed inside the intestine, the food doesn't come in contact with digestive enzymes. So how is the food digested?

EndoBarrier Therapy mimics the effects of gastric bypass surgery by acting as a physical barrier between food and part of the intestinal wall where the medical device resides. This action delays digestion and intervenes with the body's metabolic functions, which results in improved diabetes control and weight loss. It doesn't stop the digestion process.

If the EndoBarrier has proven to reduce the blood glucose level, why does one need to remove it from the intestine?

EndoBarrier is a non-surgical, non-permanent device that currently has CE mark approval in Europe and TGA approval in Australia for implant periods of up to 12 months for the treatment of type 2 diabetes and/or obesity. The company recently presented data at the International Federation for the Study of Obesity in Barcelona that demonstrated EndoBarrier can be safely re-implanted in patients who have previously undergone treatment with the device.

Please share with us the cost of the entire therapy.

Can EndoBarrier Therapy be used to prevent diabetes in those who are prone to have diabetes in near future?

So far, EndoBarrier has been approved for sale in Europe, South America and Australia. Are you planning to market this therapy to India and China as these two countries lead the list of most number of people with type 2 diabetes in the world?

Asia is certainly a focus for potential future activity, though after some time. Our strategy in 2012 is to focus on maximizing the success and market penetration of our existing centers in Australia, the UK, The Netherlands, Austria, Germany and Chile, while also commencing sales in a select number of new markets.

What are the future plans of the company?

GI Dynamics is currently focused on the transition from its successful clinical trial experience to broader commercialization of this breakthrough treatment for type 2 diabetes and/or obesity. To achieve this goal, it will: