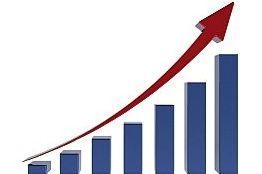 Singapore: Fisher & Paykel Healthcare reported record net profit after tax of $62.40 million (NZ$77.1 million) for the year ended March 31, 2013, an increase of 20 percent as compared to the prior year. Full year operating revenue was a record $450.21 (NZ$556.3 million), eight percent above the prior year or 11 percent growth in constant currency.

"Robust growth in our RAC product group was driven by strong demand for our respiratory systems, which help to improve effectiveness and efficiency of care in a wide range of applications, including invasive ventilation, non-invasive ventilation, oxygen therapy and humidity therapy", commented Fisher & Paykel Healthcare's CEO, Mr Michael Daniell.

"Our new ICON+ flow generator range is rolling out to our major markets at present, and combines very simple setup with our comfort enhancing SensAwake and ThermoSmart systems and our efficient cloud-based Info Technologies for compliance data recording and reporting," he added.