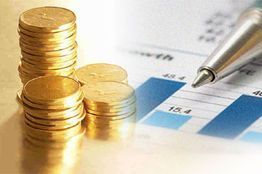 Singapore: Charles River Laboratories has reported an increase of 1.8 percent in first quarter of 2013, clocking $286.0 million as compared to 2012. For the quarter, net sales from continuing operations were $291.2 million. Foreign currency translation reduced the reported sales by one percent. On a segment basis, sales increased in the preclinical services (PCS) segment, but declined slightly in the research models and services (RMS) segment.

Mr James C Foster, chairman, president and CEO, said, "Our first-quarter operating results were affected by restrained spending on research models and associated services, primarily by large biopharmaceutical clients. We believe the slower than expected spending at the beginning of the year was principally due to these clients' budget prioritization and the continued rationalization of their early-stage infrastructures and pipelines."

He added, "As our clients further endeavor to enhance the efficiency of their research and development efforts, they are increasingly seeking more flexible outsourcing solutions for their essential, early-stage services. As the in vivo biology partner of choice, Charles River is uniquely positioned to benefit from this inflection point in biopharmaceutical outsourcing. We believe this outsourcing trend, coupled with our continued market share gains, was evident in the first-quarter performance of our Preclinical Services segment, which reported six percent constant-currency sales growth."

Mr Foster continued, "While demand for research models was slower than expected at the beginning of the year, we believe that trends will improve as we progress through 2013. As a result, we continue to expect to achieve our 2013 guidance of four percent-to-six percent constant-currency sales growth, and non-GAAP earnings per share in a range between $2.80 and $2.90."