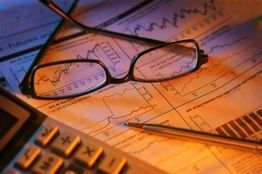 Singapore: AtCor Medical, the developer and marketer of the SphygmoCor system that measures central blood pressures and arterial stiffness non-invasively, revealed unaudited FY2013 sales of $9.0 million, a 40 percent increase over the prior corresponding
period (an increase of 39 percent on a constant currency basis). Sales for FY2012 were $6.4 million.

The company expects to report a maiden profit in the range of $2.7-$2.9 million when its audited results for the year are announced on August 29, 2013.

FY2013 cash flow, as reported in today's Appendix 4C report, was positive and a marked improvement over FY2012. Cash balance at June 30, 2013, was $2.9 million compared to $1.1 million at June 30, 2012. Net cash inflow for FY2013 was $1.7 million compared to a net outflow of $0.6 million in the prior corresponding period. Cash flow from operations in FY2013 was $0.6 million for the year after excluding a $0.7 million R&D tax credit received in December 2012 and grant income of $0.5 million, reflecting improved sales performance and rigorous management of expenditures.

Highlights of AtCor's strong sales performance included record global pharmaceutical sales which rose 69 percent to $6.1 million; and US non-pharmaceutical sales increased 21 percent to $1.7 million, also a record. Sales in Australia and New Zealand grew following the launch of AtCor's new SphygmoCor XCEL, and were up 77 percent. Asian sales declined, with registration of the new XCEL device still pending in several countries including China and Korea. AtCor's European sales declined compared to prior year, reflecting difficult economic conditions especially in southern Europe. Based on resizing the European business to match demand, Europe returned to contributing positive earnings for the year.

AtCor Medical chief executive officer, Mr Duncan Ross, said: "AtCor's focus on the global pharmaceutical and US market has increased sales substantially, supported by sales of our new SphygmoCor XCEL system which greatly simplifies the ease of measuring central blood pressure in clinical practice. This, together with effective cost management, has enabled AtCor to report its maiden full year profit this year. We are continuing to advance a number of important initiatives to further develop pharmaceutical and clinical markets and leverage our technology, and look forward to keeping the market appraised of our progress."