Folic acid may lower risk of being obese or overweight 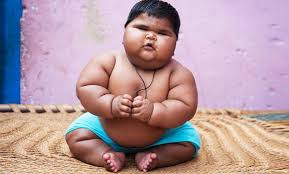 Children born to women who have high blood levels of lead are more likely be overweight or obese, compared to those whose mothers have low levels of lead in their blood, according to a study funded by the National Institutes of Health and Health Resources and Services Administration. The study was conducted by Xiaobin Wang, M.D., of the Johns Hopkins Bloomberg School of Public Health in Baltimore, and colleagues.

Researchers analyzed data on 1,442 mother-child pairs from the Boston Birth Cohort, a large observational study that aims to determine the causes of preterm birth. Mothers’ blood samples were analyzed for lead exposure 24 to 72 hours after they gave birth. Children had their weight assessed periodically throughout childhood. At an average age of 8.1 years, children born to mothers with high lead levels were more than four times as likely to be overweight or obese than children born to mothers with low lead levels.

Among women who had high lead levels, the risk of their children being obese or overweight decreased if the women had adequate levels of folate 24 to 72 hours after giving birth. The U.S. Preventive Services Task Force recommends that all women of reproductive age consume 400 micrograms of folic acid (the synthetic form of folate) each day to help prevent neural tube defects, a class of birth defects affecting the brain and spine. Women in the study had earlier responded to a questionnaire indicating whether they had taken a supplement containing folic acid in the second and third trimesters of pregnancy. The authors note that if their results are confirmed, testing pregnant women for lead exposure and then offering folic acid to those who have high levels could potentially reduce their children’s risk of being overweight or obese.

Lead exposure during pregnancy also may have harmful effects on mother and baby. The U.S. Centers for Disease Control and Prevention offers advice on how pregnant women can reduce their exposure to lead.