A major barrier to growth in the pediatric combination vaccines market 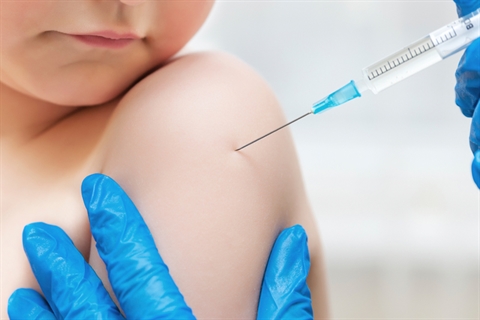 Vaccine hesitancy throughout North America and Europe will prevent vaccination rates in these regions from significantly increasing over the next 10 years, and therefore represents a major barrier to growth in the pediatric combination vaccines market, according to GlobalData, a leading data and analytics company.

The company’s latest report ‘Pediatric Combination Vaccines: Global Drug Forecast and Market Analysis to 2028’ states that the market for key pediatric combination vaccines in the nine major pharmaceutical markets (9MM = US, France, Germany, Italy, Spain, UK, Japan, India, and Canada) will decline at a negative compound annual growth rate (CAGR) of 0.9% from 2018 to 2028, with a primary contributor to this contraction being the impact vaccine hesitancy has on childhood vaccination rates.

The pediatric combination market in the 9MM was estimated to be worth over $7.6bn in 2018; however, due to a reduction in the population receiving childhood vaccines and a lack of novel products entering the market, GloblalData estimates that the market will be valued at just under $7.0bn by 2028.

James Mather, Senior Pharma Analyst at GlobalData says: “There are two key contributors to the decreasing number of children receiving routine vaccinations over the next decade; a slowing birth rate in most countries, and vaccine hesitancy.

“Although vaccine hesitancy has now been acknowledged as a major threat to public health by both national and international bodies, primary research conducted by GlobalData has indicated that initiatives developed to tackle the issue will only have a marginal impact. Therefore, only a very gradual improvement in childhood vaccination rates is anticipated over the next 10 years. Since vaccination rates are only expected to grow slowly it will not make up for the declining childhood populations in the 9MM.”

GlobalData’s report also finds that sales of Vaxelis, the first hexavalent DTaP vaccine approved in the US, will achieve annual sales of $841M in the US by 2028.

Mather continues: "As the first 6-in-1 childhood vaccine available in the US, Vaxelis is expected to garner significant patient share following its launch in 2020. Because of the benefits it can boast, such as reducing shot-burden for infants and increasing the likelihood of adhering to vaccination schedules, it is anticipated to account for almost a third of all DTaP vaccinations in the US by 2028. This is despite it only being viable for the first three doses of the primary DTaP vaccine series.”

Vaxelis will drive market growth in the US, but this will be overshadowed by substantial contraction in the India pediatric combination vaccine market due to the launch of domestically developed and manufactured vaccines.

Mather concludes, “The launch of domestically manufactured vaccines in India will be the cause of 9MM market contraction, because these vaccines will be available a substantial discount compared to rival foreign manufacturers.”