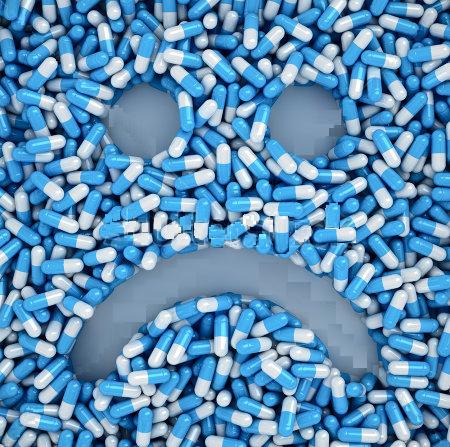 Indian apex court has made its intentions clear with the rejection of Novartis' plea to obtain patent protection for cancer drug Glivec in India. The Supreme Court of India will not encourage or entertain monopoly of pharmaceutical giants at the cost of public health.

The court's rejection to grant patent to Glivec will enable patients access to the drug without feeling the pinch of its high price tag. In 2012, the Supreme Court had taken a similar action, when it granted compulsory licensing to Natco Pharma for selling Sorafenib Tosylate, marketed as Nexavar by Bayer, in India. Nexavar is prescribed for the treatment of liver and kidney cancer and Natco had filed an application for issue of compulsory license to manufacture its low-cost version. Ignoring the anguish among the novel drug developers, the court allowed the generic company to sell the branded drug, even when it was in the bracket of patent protection.

India is not the only country that has disarmed pharmaceutical firms from monopolizing a market with a patent protection, which inevitably results in high prices of drugs. Developing countries in South East Asia have taken similar steps for ensuring availability of necessary drugs at an affordable price.

The action enabled local Indonesian manufacturers to make, import and sell generic versions of the patented drugs used for treating HIV/AIDS and hepatitis B. The exploitation of patent of antiviral and antiretroviral medicines by Indonesian government was intended to meet availability and urgent needs of community for serious diseases. According to the terms, generic pharmaceutical firms are entitled to pay 0.5 percent compensation fee of the net selling to the patent holder.

Setting a similar example in the Asia Pacific region, in 2006, Thailand had granted compulsory license to India's Natco Pharma to import and promote Merck's Effavirenz in Thailand. Compulsory license allows a generic drug maker to manufacture and sell a copy of the innovator's drug on paying a royalty. Similarly, in 2004, Malaysia too issued a two-year government use compulsory license for didanosine (Bristol-Myers Squibb), zidovudine (GSK) and lamivudine+zidovidine, Combivir (GSK) and allowed Indian generic companies to export the generic versions in Malaysia. Even South Korea, in 2002, had filed for a compulsory license for Glivec, given the high price of the drug in Korea.

Incidentally, Australia Intellectual Property has shown concerns to review and evaluate its patent system for pharmaceutical products. According to the Australia IP board, "The review will consider whether there is evidence that the patent system is being used to extend pharmaceutical monopolies at the expense of new market entrants. In doing this, the review will consider how patents for new formulations are granted, consider the treatment of new methods of manufacturing and new uses of known products, the impact of contributory infringement provisions and the impacts of extending patent monopolies on entry of generic pharmaceuticals into the market."

Melbourne Law School has raised its concerns that pharmaceutical companies might be misusing the drug patenting system to gain control over high-cost drugs in Australia. Professor Andrew Christie, foundation chair, intellectual property, Melbourne Law School, remarked in a research paper, that, "It is the non-originator drug companies, those that do not develop new drugs, that are taking out the most patents. We are not sure why, but we suspect it is to ride on the coat tails of the drug's success, such as by owning an alternative formulation or delivery mechanism for the drug."

Prof Christie also shared his concern that with high and increasing drug costs in Australia, the potential misuse of the patenting system may come at a high cost for the health system.
Under the World Trade Organization's Trade-Related Aspects of Intellectual Rights (TRIPS) agreement, compulsory licensing, which occurs when a government licenses the use of a patented innovation without the consent of the patent title holder, is a legally recognized means to overcome barriers in accessing affordable medicines.

Decisions taken by India, Indonesia, Malaysia and Thailand have opened an window of opportunity for other developing countries to take similar steps in order to save healthcare cost and ensure public health in a cost effective way, without giving air to MNC's threat of losing innovation ground in these countries.