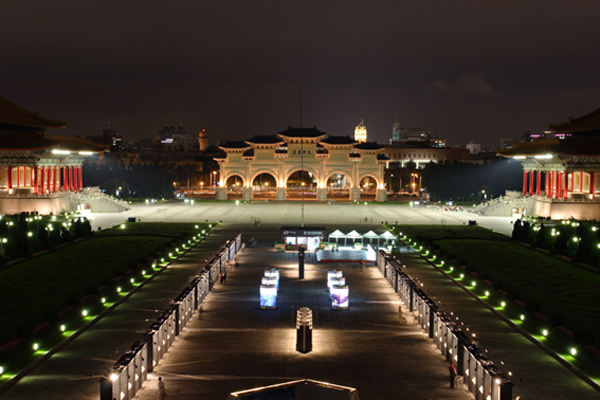 An ideal location to enter the huge China market and other markets of Asia Pacific region, is Taiwan which is poised for good growth in the bioscience industry. The country is expected to play a significant role in the global medical appliances market at a time when there is a lot of focus on devising more efficient and low cost healthcare diagnostics and medical equipment. The Ministry of Economic Affairs in Taiwan is helping the domestic medical instruments industry to develop products through various initiatives. Also, with the global market in a flux, there will be more opportunities for local companies in Taiwan to cooperate with multinational companies looking to expand their base in Asia Pacific.

Taiwan is finding new avenues to boost the healthcare sector, including healthcare tourism. According to Taiwan's statistical yearbook, there are 1.91 doctors per 1,000 inhabitants, which is more than the per capita number of doctors in China (1.47 per 1,000 inhabitants). BMI says the country is likely to ease restrictions to facilitate the sector.

The pharmaceutical market is likely to be affected by price control measures of the government with increasing stress on affordable healthcare. Drug prices in Taiwan are adjusted every two years. The seventh adjustment was made in December 2011, which was not approved by many pharmaceutical companies. The Bureau of National Health Insurance has also now agreed to establish a group to re-evaluate the price fixed for some irreplaceable, exceptionally expensive drugs.

The government is making efforts to promote generics drug development. In May 2011, it was revealed the government has given $7.67 million (NT$220 million) in subsidies to six local drug companies, which accounts for about 33 percent of their total research and development (R&D) spending. The subsidy program was started in 2010 to enable generic drug makers to increase overall production from ($1 billion (NT$30 billion) a year to $1.4 billion (NT$40 billion) and to allow them to increase global footprint and enhance their international competitiveness.

The government remains committed to the development of the biotechnology industry. The authorities are aiming to make the biotech industry one of their priority sectors for attracting foreign investment, to increase the annual output value of the industry to more than $30.86 billion (NT$1 trillion) in four years. The government envisages an increase in the R&D contribution in the field of biotechnology to some three percent of GDP by 2014. The government's "Diamond Action Plan for Biotech Takeoff" programme aims to double the annual output of the country's biotechnology industry by 2013.

The government has been pushing for the growth of the biotechnology industry by investing heavily in biotechnology research capability and this has helped to encourage growth in the biologics sector. As an initiative, the government has opened a Supra Integration and Incubation Centre (Si2C) which provides support for pharmaceutical companies to develop biologic drugs. The Si2C was set up at an estimated cost of $1.27 billion (NT$38.5 billion) for identifying new and profitable drugs and equipment with value for future and to facilitate their entry into the market. The center has relaxed rules for establishment of biotech venture funds and is recruiting talent from overseas. The biotech venture capital fund known as Taiwan Medtech Fund (TMF) was set up to focus on medical equipment and boost local companies. Dr Ellson Chen, CEO of Vita Genomics, which is a domestic company focusing on pharmacogenomics research, in vitro diagnosis product development, and specialty contract research services, is of the opinion that the TMF will bring unique opportunities to upgrade local medical device caliber. "Many IT manufacturers are looking to expand their product application to medical devices. Collaboration with TMF could potentially speed up the process," he said.

The output of Taiwan's pharmaceutical industry in 2011 reached $2.2 billion (NT$67.05 billion), according to the figures provided by the Department of Industrial Information, Development Center for Biotechnology (DCB). Figures from DCB state the revenue of Taiwan's biotechnology industry to be $7.8 billion, while the domestic market is worth $10.6 billion.

Till 2010, the biotechnology industry employed 1,355 people and there were 580 companies functioning in the sector. Most of these companies are small- to medium-sized in capital and are in the technology or product development stage.

According to Business Monitor International, the pharmaceuticals expenditure market is estimated to be at $4.5 billion in the second quarter of 2012, 2.7 percent down from $4.59 billion in the same period last year. The market however is expecting a 4.2 percent growth when calculated in local currency. (The forecast in US dollar is lower because of exchange rate fluctuations.)

Espicom has noted that the Taiwanese pharmaceutical market is projected to grow at a low double-digit compound annual growth rate (CAGR) in dollar terms in the coming years. This will make Taiwan the seventh largest pharmaceutical market in the Asia Pacific region. Many multinationals are active in Taiwan. However, majority of them have only sales and marketing operations as they are deterred from establishing manufacturing operations due to the unequal drug pricing system.

Taiwan is heavily dependent on the imports of retail medicaments, which represented over three-quarters of the total imports in 2010. Combined with limited pharmaceutical exports, the balance of pharmaceutical trade will remain considerably negative and the deficit is likely to increase in the forecast period.