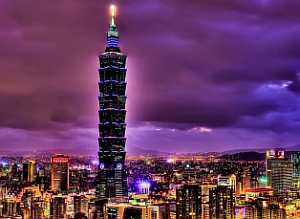 A small island country, Taiwan, has implemented policies that indicate its seriousness towards elevating its bioscience industry. Recently, Taiwan inaugurated biotech development consortium in Banqiao District, in northern Taiwan, strengthening its position in the biotech industry to attract about $30 billion (NT$100 billion) investments to Taiwan in the coming five years.

The strategy is to promote public private resource integration projects that foster technological exchanges among local firms. According to Taiwan's Ministry of Economic Affairs, the total output for medical devices reached $2.5 billion at the end of 2012, with the US and Japan being the biggest buyers, accounting for 42 percent of exports.

Although Taiwan has long been recognized as a leading force in the development and manufacture of cost-effective ICT and medical products, Taiwan's biotech and pharma companies are finding themselves increasingly well placed to take advantage of the global growth in drug discovery and development. However, the fact that the nation is lacking membership in a number of trade blocs, is acting as a hindrance to the unrestricted growth of Taiwan. Factors behind the country's newly found competitive advantage in pharmaceuticals, include an agreement with mainland China for mutual recognition of R&D data called the Cross-Strait Cooperation Agreement on Medicine and Public Health Affairs, which although inked during December 2010, saw implementation only by late 2011. The signing of the Economic Cooperation Framework Agreement (ECFA) between China and Taiwan in 2011 also helped reduce tariffs and, in some cases, eliminated them entirely on a number of products, including medical devices. Mainland China lowered import duties on 539 agricultural, mechanical, and medical products coming from Taiwan, and Taiwan reciprocated by lowering taxes on 269 items. Some orthopedic products made in Taiwan can, now be imported tax free into China.

According to the Cross-Strait Cooperation Agreement, once the clinical research data is mutually recognized, Taiwanese companies that are looking to gain approval to enter the Chinese market won't have to waste time and resources by repeating those clinical trials in mainland China that they have already done in Taiwan. Medigen recently gained approval from mainland Chinese regulators to begin conducting a phase III clinical trial in that country after finishing phase I and phase II trials in Taiwan, making it the first time the agreement was implemented.

Also, the move by Japan to open its doors to generic drugs in order to manage healthcare for its rapidly aging population helped Taiwan find its edge in the Asia Pacific and global pharma market. This move by Japan led to generic-drug penetration to grow from 19 percent to 30 percent, a major chunk of which was by Taiwanese firms. The most to benefit from these two developments has been Taiwan's top active pharmaceutical ingredient (API) manufacturers, ScinoPharm, PharmEngine and TLC Taiwan Liposome Compant (TLC).

The government is making efforts to make medical device registration process smoother and efficient. According to Business Monitor International, Taiwan's medical devices market is estimated to be $1.67 billion in 2012 and is the fifth-largest medical device market in Asia. However, Taiwan imports 75 percent of its medical devices from overseas. To promote local production, Taiwan FDA has initiated Summary Technical Documentation (STED) format for medical device technical document submissions, joining regions such as Japan, Australia, Canada, the US, and the European Union. This change is to align the country with the Global Harmonization Task Force standards and to aid in achieving the goal of uniformity between various countries' regulatory bodies.

In 2012, Taiwan was a point of interest for big multinational companies that were attracted to invest in Taiwan through local partnership for wider reach in the country. BSD Medical, a provider of medical systems that utilize heat therapy to treat cancer, partnered with Linden Bioscience, a Taiwan corporation, for the sale and distribution of BSD's hyperthermia products in Taiwan. Similarly, Germany-headquartered Medigene and SynCore Biotechnology, a member of Sinphar Pharmaceutical Group, expanded the existing exclusive licensing and supply contract into new regions for the supply and marketing of the Veregen ointment for the treatment of genital warts. Furthermore, SynCore Biotechnology, a joint venture between Sinphar Pharmaceutical and the National Health Research Institute Taiwan, focuses on the development and pipeline management of new drugs.

The year also saw close collaboration between China and Taiwan firms as well. Taiwan's PharmaEngine tied a research collaboration agreement with Guangzhou BeBetter Medicine Technology to design, synthesize and develop new chemical entities against predefined targets in oncology. Taiwan's most recognized drug delivery firm, SHL has been able to gain worldwide recognition in vaccine delivery technology and it is planning to expand its production facilities with an investment of $40 million.