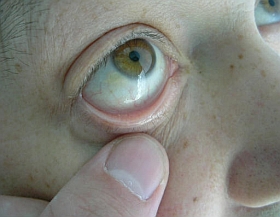 Iron deficiency anaemia (IDA) is a severe problem in pregnancy

Singapore: According to a survey by Vifor Pharma, at least one-in-five women suffer from iron deficiency anaemia (IDA) at the time of delivery in Singapore. The implications of the condition, including a negative impact on the birth outcome as well as lasting effects on the cognitive development of the child, are little understood.

Research also reaffirms the many severe and long-term implications of IDA during pregnancy including a negative impact on a mother's ability to tolerate blood loss, pre-term birth and low birth weight. KKH Women's and Children's hospital in Singapore is currently investigating a previously reported link between iron deficiency and post-partum depression.

Evidence highlights that the risks of not treating iron deficiency in pregnant women before delivery, include the potential need for blood transfusions if complications occur. In the more severe cases, iron deficiency may exacerbate serious negative outcomes of transfusions such as respiratory distress and heart failure as well as the risk of mortality.

UK National Institute for Health and Clinical Excellence (NICE) antenatal care guidelines recommend all pregnant women be screened for anaemia early in pregnancy and at 28 weeks when other blood screening tests are performed. The majority of anaemia in pregnancy is due to iron deficiency. This screening is also recommended by experts in Asia-Pacific as it then allows sufficient time for treatment.

Dr Tony Tan, president, Obstetrical and Gynaecological Society of Singapore, said, "Findings of Vifor Pharma's survey highlight the need for routine testing and treating of anaemia among our patients in the third trimester. Whilst screening for anaemia is routinely done in the first trimester, it is less often done by local obstetricians in the third trimester. Obstetricians will also have to start recognizing that iron deficiency may still be present when tests suggest blood is in the normal range."