What's the stem cell regulatory scenario like in APAC? 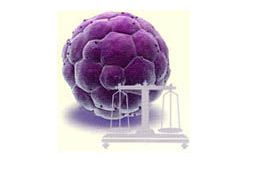 The pioneering work of Nobel Laureates Sir John Gurdon and Dr Shinya Yamanaka on reprogramming adult stem cells has opened new vistas in stem cell research. Many countries in the Asia Pacific region are taking big strides in this field. According to GBI Research, the stem cell therapy market in APAC, including China, India, Japan, Singapore and South Korea, is valued at $545 million in 2012 and is estimated to grow at a compound annual growth rate (CAGR) of 10 percent from 2012. It is expected to reach $972 million in 2018. Although Asia Pacific countries are making major advancements in the domain of stem cells, the regulatory bind, especially on human embryonic stem (ES) cells, is a poser for researchers

However, Mr Vasant S Gaikwad, analyst with GBI Research, points out that overall regulatory framework for the stem cell research is quite liberal in APAC countries. "South Korea, especially, is encouraging stem cell research. The country is developing rapidly in the field of stem cell therapy and boasts a robust pipeline that witnesses active participation from the pharmaceutical companies. This has been made possible by the strong government support and increased funding, with the country's president stating that the stem cell field is a growth engine for the economy," he says.

"The regulatory environment for stem cell research in Australia is excellent, and permits innovative research in the context of high ethical standards," says Professor Martin Pera, Stem Cells Australia, while pointing out the need for more investment in translational research in regenerative medicine in order to move the field forward.

The regulatory scenario in various APAC countries
South Korea, which tightened its legislation after the Hwang-Woo-Suk scandal, prohibits human reproductive cloning and production of embryos for non-reproductive purposes. The Bioethics and Safety Act of 2008, however, permits SCNT for research to cure rare or currently incurable diseases and "spare" IVF embryos if they have exceeded a maximum storage period of five years or if researchers receive consent from their parents.

Australia has one of the most evolved regulatory environments in the region. Over the last decade, the country witnessed some significant developments. The Research Involving Human Embryos Act allows research on "excess ART embryos" if licensed by the National Health and Medical Research Council (NHMRC). In 2006, the Prohibition of Human Cloning for Reproduction and the Regulation of Human Embryo Research Amendment Act was passed that retained a previous ban on reproductive cloning, but allowed somatic cell nucleur transfer for research purposes, so long as the cloned embryo did not grow beyond fourteen days. Somatic-cell nuclear transfer is a laboratory technique for creating a clone embryo with a donor nucleus. Such research requires license from the NHMRC. Human-animal hybrid embryos are also permitted in Australia under the same licensing and similar growth restrictions, while the creation of chimeric embryos is altogether prohibited.

In China, the 2003 Ethical Guiding Principles on Human Embryonic Stem Cell Research lays down the rules of research for the scientific community. It allows for ES cells to be derived from spare IVF embryos, from embryos created using voluntarily donated gametes or gametes left over from IVF procedures, from fetal cells derived from spontaneous or induced abortion, and from embryos created by SCNT. The country also permits research on existing or imported ES cells. The guidelines also require institutions to establish an ethics committee to be able to conduct research in the field.

India's National Apex Committee for Stem Cell Research and Therapy (NAC-SCRT) was established to review stem cell research proposals. The committee was recommended in the Guidelines for Stem Cell Research and Therapy, drafted in 2007, by India's Department of Biotechnology, together with the Indian Council of Medical Research. All research has to be registered with the body. Institutions also need to have their own ethics committees to review stem cell research proposals. The creation of new stem cell lines have to be approved by both the local and national review committees.
The guidelines restrict the creation of human embryos by IVF or SCNT for the purpose of deriving an ES cell line. Researchers need to provide explicit justification for the procedure and establish that the creation of the embryo is essential for their research. The guidelines also restrict clinical trials using cells that have undergone major manipulations. Germ-line engineering and human cloning for reproductive purposes are prohibited as is the growing of embryos in vitro for longer than fourteen days, transferring SCNT embryos into a uterus, and breeding of animals that have received human ES cells.

In Japan, the Guidelines for Derivation and Utilization of Human Embryonic Stem Cells, drafted in 2001, guide the research activities in the field. A number of regulations under this were relaxed in 2009. The country allows ES cells to be derived only from spare IVF embryos, and only if the embryos are younger than fourteen days, were donated with informed consent, and were donated without financial compensation beyond necessary costs. It bans reproductive cloning, but research-oriented SCNT is permitted, although regulatory delays in the approval process have retarded the development of human SCNT research.