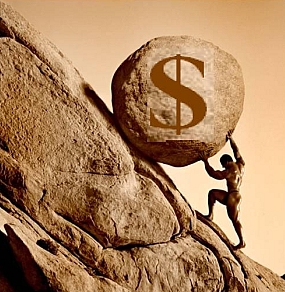 New Zealand is taking steps to improve the environment surrounding the country's clinical trial domain. With no accurate records of revenues being generated from clinical trials in the country until now, New Zealand is taking measures to streamline the entire system. This year, it initiated an electronic process for submission of applications for review by the clinical trials ethics committee. An innovation hub has also been established by the government to nurture new healthcare technologies and ensure their adoption in the country.

The changes were triggered by a report from the Health Select Committee of New Zealand in June 2011. The report, titled 'Inquiry into improving New Zealand's environment to support innovation through clinical trials', made detailed recommendations on steps that need to be taken by the government to strengthen the clinical trials industry. The government, which responded to the report in three months, agreed to most of the recommendations made by the committee.

The changes already introduced have led to improved operating procedures, fewer duplications and clearly defined time lines. Dr Paul Hutchison, chair of the Health Select Committee that made the recommendations, said he has received positive responses on the new electronic process introduced. "Comments that I have received are that the New Zealand's system is now one of the best in the world in terms of efficiency, while maintaining the vital function of a robust ethical system," he said.

The New Zealand Health Innovation Hub is a partnership of the four major district health boards and aims to further include other district boards, crown research institutes, universities and the private industry. Given that the private and public expenditure on health in New Zealand is over $18 billion, there is a huge opportunity to harness innovation. The hub, which is initially funded by the central government, aims to become self-sustaining within five years. In another initiative, various government bodies are working together with chief scientific adviser to the Prime Minister, Sir Peter Gluckman, to develop a national health research framework.

Dr Hutchison said the recommendations aim to simplify and streamline ethical review processes; promote collaboration between government departments to coordinate the system; develop a national health research action plan to foster innovation and commercialization; and develop a framework for clinical trial research throughout district health boards, to be facilitated by a hub. "The government has made a good start in implementing the key recommendations but I believe it will take 12 months or more for international sponsors of clinical research to fully realize significant helpful changes have been made. I have no doubt that the environment for carrying out clinical trials has already changed for the better, but it is vital that we continue to aspire to be the best place in the world for the type of trials that suit our population," he said.

Cranleigh Health, the health specialist arm of Cranleigh that provides corporate advisory and investment banking services to private and public sectors clients, estimates that by 2020, New Zealand could generate $250 million as revenue annually from clinical trials for basic medical research and attract $50 million from other sources.

Ms Claire Henderson, clinical research manager, ANZ, global clinical trial operations, Merck, agrees with Ms Campbell's views. "Changes to the ethics committee have been very positive and we are already seeing greater transparency and accountability, and generally a more professional process. This is leading to faster study start-up and enhanced interest in placing studies in New Zealand," she said.

The next step is improvements at the level of the district health boards and hospitals. Although some hospitals have well organized systems, resource gaps remain at some boards and the lack of clinical trial infrastructure certainly turns some doctors away from getting involved in clinical studies. "We would also like to see more willingness from district health boards to work together to allow greater access to clinical trials for patients outside their region. Being a small country, we cannot always place trials in every hospital, but would like to see all hospitals willing and able to accept patients from outside their board region, particularly in the area of oncology and other life-threatening conditions where the study offering may be far better than currently available or funded treatments in New Zealand," said Ms Henderson.

Ms Campbell said investments in the district health boards could minimize bureaucracy and costs that limit patient access to trial programs and would provide infrastructure for DHB doctors and nurses to dedicate more time to clinical trials.

The keenness to bring in changes has certainly made the future of clinical trials look bright for New Zealand. Mr Kevin Sheehy, general manager, Medicines New Zealand, said, growth in the clinical research industry has many benefits. "It provides early access to new medicines, better evidence on which to base funding decisions on medicine, and it creates a major incentive to aid clinical staff recruitment and retention," he said. Ms Henderson said from employment perspective, "we are already seeing a need to grow our local team, providing job opportunities for our science graduates". But most importantly, it means greater access to world-class medicines for New Zealand patients.