Why are bio firms in a hurry to set up shop in Malaysia? 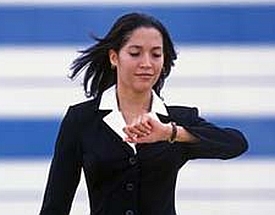 Can anybody explain why life science firms are making a beeline to Malaysia?

India-based Agila Biotech, which is a subsidiary of Strides Arcolab, entered into a $34.4 million (RM107 million) build-and-lease agreement with Malaysian Bio-Xcell, to set up a customized biotech facility in Johor, Malaysia.

Under the agreement, Bio-Xcell will fund approximately $22 million (RM67.32 million), which will cover the construction of the building and will also help the firm in obtaining some of the equipments. Other state-of-the-art equipments, integration services and testing of turnkey project (estimated at $13-to-$15 million) will be funded by Agila Biotech Malaysia. With this deal, Agila Biotech Sdn Bhd (Agila Biotech, Malaysia), which is a wholly owned subsidiary of Agila Biotech, will join the likes of Biocon (India), MetE x (France) and Glycos Biotechnologies (US), as early entrants into the Bio-Xcell ecosystem.

This is the second major investment made by a Bangalore-based biotechnology company in Malaysia, for setting up a manufacturing plant, in the last couple of years. The first firm to set up shop in Bio-Xcell was Biocon. The Indian lifescience giant announced in October 2010 that it would make a strategic foreign direct investment (SFDI) of $160 million along with the Malaysian Biotechnology Corporation (BiotechCorp), which is the largest investment made by a foreign firm in the Malaysian biotechnology sector. The investment was made by Biocon for setting up a biomanufacturing and R&D facility in Bio-XCell. The project, which is slated to be operational by 2014, would focus on R&D and production of high-end biosimilars, among other biopharmaceutical products.

Reacting to the Biocon's investments, the then chairman of Malaysian Bio-XCell and CEO of BiotechCorp, Mr Iskandar Mizal Mahmood, said that, "This will be the first high-end biosimilar and biopharmaceutical manufacturing and R&D facility in Malaysia. Biocon will stimulate growth for the sector and provide commercial opportunities for Malaysian biotechnology's SMEs. We can expect an increased presence of Biocon-affiliated global giants growing the sector to new heights. Biocon's strategic investment in Malaysia will propel our industry to the next level. It will be a catalyst in our commercialization efforts, as we enter phase II of our National Biotechnology Policy-the Science to Business Phase."

Agila Biotech Malaysia, which is the latest to enter into partnership with a Malaysian agency, has plans to develop a state-of-the-art, multi-product, scalable manufacturing facility with a production capacity for mammalian (2KL expandable up to 8KL) and microbial (500 L expandable up to 2KL) products. It also aims to develop advanced formulation and fill-finish facilities to meet its business model, which will support the manufacturing of internal pipeline products as well as CMO activities.

These facilities will be able to support the production of recombinant monoclonal antibodies (mAbs) from drug substance (DS)-to-drug product (DP); recombinant therapeutic proteins from DS to DP; CMO activities for DS and DP; mutation activities for PEGylation; and novel formulation development and sterile fill finish facilities for vials, PFS, cartridges and lyophilized products. It also plans to incorporate into its facility at Bio-Xcell, 'next-generation' technology platforms that revolutionize the way biomolecules are developed, manufactured, and commercialized. The new platforms feature innovative application of single-use component technology and transforming biomanufacturing economics, which help in reducing deployment of new manufacturing capacity from three-to-five years to a faster 12-to-18 months. Through this partnership, Agila believes that it will make significant capital investment savings.

Commenting on the Malaysian investments, Dr Anand Iyer, CEO, Agila Biotech Malaysia, said that "The facilities in Bio-Xcell represent a strategic move to further bolster our manufacturing presence in the region and tap into unmet global demands and tap the opportunities in biologics."

Considering that a huge untapped biomanufacturing opportunity exists in India, the Association of Biotech Led Enterprises (ABLE), a national forum that represents the Indian biotechnology sector, has come up with several recommendations. Dr P M Murali, president, ABLE, while speaking in this regard, said that, "The more important questions are those of finance. Moreover, larger SEZs that are specifically meant for biologics (including biotech drugs under India's Free Medicines Scheme); preference to 100 percent indigenously manufactured biotech drugs for various government schemes; simplified procedures for obtaining various approvals; and inclusion of biotech medicines like insulin, monoclonal antibodies (mAbs) and recombinant proteins in the list of essential drugs, are some of the other measures that need to be taken."

Like its other Asian neighbors, including South Korea, Malaysia, Singapore, and Taiwan, India too should have a biosimilar policy and encourage biomanufacturing in a big way so as to make India an attractive biomanufacturing destination in the region.