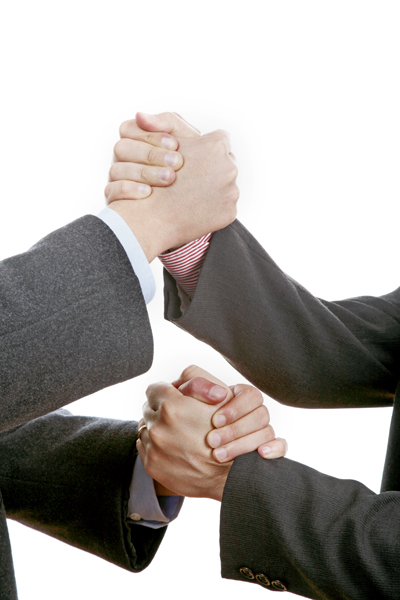 Emerging nations are looking at PPPs to improve their healthcare infrastructure

The challenges of providing quality healthcare to people are many for emerging nations in the Asia Pacific region. From getting qualified doctors and specialists to providing the right infrastructure in terms of hospitals and ensuring delivery of healthcare to people, the governments in these countries struggle with many problems, given the population and financial constraints. PricewaterhouseCoopers (PwC), a global professional services firm, suggests that the governments of emerging countries need to review their healthcare systems. The wide geographic and socio-economic differences make it imperative for the countries to have tailor-made funding systems that suit the needs of their locality.

In countries such as Malaysia, Indonesia and Philippines, which are tackling constraints such as finances, politics, lack of awareness and reaching out to remote regions, the trend is of turning to more experimental initiatives and do away with centralization and government control, without burdening the people with the costs. These countries are looking at public-private partnerships (PPPs) to solve their healthcare system problems. Malaysia is already promoting its people to save for their future medical needs through a savings account. The country has also opened its doors to foreign general practitioners and specialists who want to practice in the country by doing away with many regulations.

Indonesia and Philippines are still to take such initiatives as Malaysia, but are already initiating PPPs to reach out to people and remote regions.

At the recently held Economist Healthcare Forum in Singapore too, PPPs emerged as the most effective way to elevate the standard of public healthcare systems in South East Asian countries. The event, which was attended by health ministers, policymakers, practitioners, senior pharmaceutical executives and academics from various countries of the region, saw discussions on how some of these emerging countries are increasingly relying on private sources of financing to deliver health services.

Malaysia is working closely with private sector for not only providing healthcare services but also infrastructural support. Indonesia too is looking to adopt the PPP model more actively, but the country is often distracted by profit-making intentions of private hands. To work without political influence, Philippines is working with non-profit organizations who act as partners in delivery of healthcare services and share resources.

Under a public-private partnership deal, Malaysia is building a teaching hospital with private funding worth $130 million. The International Islamic University Malaysia (IIUM) teaching hospital will have 300 beds and a capacity for 735 students. The new facility will have various medical disciplines, including surgical and medical sub-specialties such as medicine, surgery, oncology, cardiology, neuroscience and others. The university will be developed by Peninsular Medical, a wholly owned subsidiary of Ahmad Zaki Resource.

"Malaysia is on a journey of transformation. The country is adopting some innovative methods to speed up healthcare delivery. In order to provide affordable and efficient services, the country is experimenting with the same methods as adopted by successful countries such as Singapore," says Mr Ling Tiang Lai, minister of Health, Malaysia.

Currently, the Malaysian government is providing healthcare services at prices as low as 1 Malaysia Ringgit (0.3 cents). Malaysia is now seeking and engaging public in enhancing healthcare services.
Mr Lai says the initiative of having a savings account for future medical needs is similar to Singapore's Medisafe model. Through this, the government will encourage people to save for their own medical needs. The minister insists that the public has to realize that to meet the healthcare needs, one has to pay.

The country, which has around 7,000 government general practitioners supported by 3,000 private practitioners to reach out to the wide demography, is also promoting medical tourism in the country. It is seeking support of private companies to attract the world's attention.

The developing countries are also aiming to shift the focus from treatment to early diagnosis and build preventive healthcare system. In Indonesia, health awareness and an unhealthy lifestyle are big challenges. The country has appointed volunteers to assist in prevention of diseases such as Hepatitis B and C. It is also working on a universal health insurance system for its citizens to safeguard them from health expenses.

Philippines is looking at decentralizing the healthcare system to reach out to remote areas in an effective manner, but it has its own disadvantages as the system gets influenced by politics and healthcare service loses in priority. In most of these countries, health is a problem but it is never the priority and budget allocation is never enough to provide quality services. "Philippines has allocated a fund towards public private partnership. The nation is working with different private organizations to utilize it more effectively," says Mr Nemesio Gako, assistant secretary of Health, Department of Health, Philippines.

There are, however, issues in involving the private sector. There is always the threat of public good losing priority over profit. "The challenge that the public sector faces in partnering with private companies is that the prime intention of the private partners remains profitability from a deal, which is not alwas possible in the case of healthcare services," says Mr Gako of Department of Health, Philippines.

Indonesia also faces a similar dilemma. Ms Nila Moeloek, special envoy of the President of Indonesia on Millennium Development Goals, Indonesia, says the country encourages PPPs but the intention of private bodies is often profit, which clashes with the government's interest. "The private bodies must act passionately to educate and provide primary care to people for the prevention of diseases. Getting benefits should not be the only agenda," says Ms Moeloek.

PwC says PPPs can be used to construct or upgrade facilities across the entire care network, adding to the much-needed capacity and raising quality. They also have the potential to fund a broader range of clinical services that stretch a long way beyond infrastructure to bring efficiency and additional capacity to the system.

Also, these countries is to build a sound regulatory framework, have a fair and transparent bidding process, have a reliable health insurance scheme and ensure an adequate supply of well-trained doctors and nurses. All these components can help in attracting investors and fuel funding for the system.