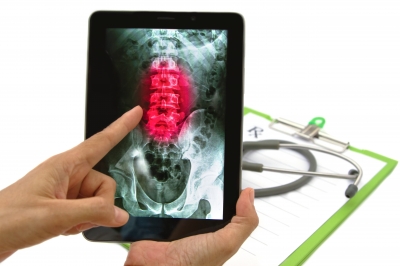 In Asia-Pacific, there has been a steady inflow of medical tourists requiring surgical interventions for non-communicable diseases

Singapore: Asia-Pacific is a hotbed of investment activity owing to the booming economic growth in its emerging countries. The market's vibrancy has particularly aided the healthcare industry, where private hospitals are looking to make the most of these trends by investing in assistive technologies. Higher disposable incomes, deeper penetration of health insurance, and improvement in the overall quality of life have created a huge demand for quality healthcare services. Therefore, there is rising interest in efficient and patient-safety treatment protocols that can be achieved using image-guided surgery (IGS) and robot-assisted surgery (RAS).

Analysis from Frost & Sullivan, Image-guided and Robot-assisted Surgery Market in Asia-Pacific, finds that the market earned revenues of USD217.4 million in 2013 and estimates this to grow at a compound annual growth rate of 22.1 percent to reach USD590.4 million in 2018.

"In Asia-Pacific, there has been a steady inflow of medical tourists requiring surgical interventions for non-communicable diseases," said Ms. Poornima Srinivasan, Healthcare Consultant, Frost & Sullivan. "Faster recovery, accuracy and precision are vital for early discharge, and these create a strong case for IGS and RAS products."

IGS and RAS have found higher acceptance in recent years due to their application in surgeries for multi-anatomical diseases. IGS systems, which were initially designed for neuro applications, are currently used in orthopedics, cardiac, ENT, dental and spinal surgeries. Similarly, RAS applications have extended from prostate surgeries to cardiac, orthopedic and spinal, among others.

Of the two, IGS has proved more popular, finding substantial deployment across most Asia-Pacific countries over the last five years. RAS is likely to remain the reserve of top-tier hospitals, mostly in Japan, Taiwan and South Korea; Australia's adoption rates have been moderate while Southeast Asia is still in the initial stages of adoption.

However, the hefty price tags peg the market back to some extent. Healthcare stakeholders in Asia-Pacific tend to be conservative investors and are reluctant to spend on expensive equipment and manufacturer-specific consumables. With IGS systems priced at USD250,000 and RAS systems between USD1.0 million and USD3.0 million, product promoters will have their task cut out.

"Nevertheless, considering the product benefits and the technologies' acceptance, finding a cost-competitive and efficient distribution strategy will increase penetration and generate good adoption," noted Srinivasan. "Manufacturers can also overcome customer apprehensions about the high upfront costs by addressing their safety concerns through research and trial reports."