Malaysia: Emerges as a manufacturing hub 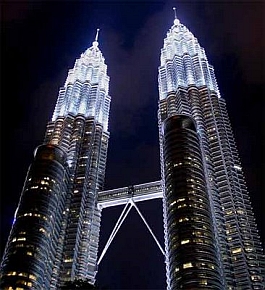 Medical devices is the buzzword
Malaysia is strongly focusing on its medical device industry, which is currently a highly diversified industry that produces a broad range of products and equipments ranging from medical gloves and implantable devices to orthopaedic devices and dialysers. It also includes diagnostic imaging equipment and minimal invasive surgery equipment as well as other devices used for surgical, dental, optical and general health purposes.

According to Malaysia Investment Performance Report 2012 by Malaysia Investment Development Authority (MIDA), the market is expected to grow by 15.9 percent annually to hit $2.8 billion by 2017. The medical devices industry in Malaysia is dominated by small and medium-sized companies, engaged in the production of medical gloves and other medical disposable products.

The government has released seven entry point projects (EPPs) for the medical devices sector that will create $5.6 billion in revenue and generate 86,000 jobs by 2020. Malaysia Investment Performance Report 2012 states that a total of 16 projects with investments of $83.5 million were approved in 2012, which are expected to generate new employment opportunities for 1,145 people. Of these, 13 projects were for the manufacture of medical devices other than medical gloves. These projects were mainly for high-end and high value-added products that involve R&D activities.

Among the significant projects approved in 2012, is a new foreign-owned facility to manufacture percoutaneous trans-luminal coronary angioplasty (PTCA) / percoutaneous trans-luminal angioplasty catheter (PTA) and coronary stents. This is a knowledge-and-research intensive project that will involve high numbers of science and technical graduates. The technology is the first-of-its-kind in Malaysia and a significant amount of the project cost is dedicated to R&D.

Pharma on the horizon
In collaboration with Sanofi, Malaysia is aiming to bring a dengue fever vaccine to market by 2015, which is currently in phase III clinical trial. There are 259 Malaysian pharmaceutical manufacturers licensed by the Drug Control Authority (DCA), Ministry of Health Malaysia and more than two-thirds of these produce traditional medicines. Malaysian companies have also taken initiatives to collaborate with Asian firms to strengthen their domain.

Malaysia's largest generic drug-maker, Pharmaniaga expanded its operation beyond Malaysia and acquired a manufacturing plant in Bandung, Indonesia, to add 20 percent or $19.54 million (RM60 million) worth of drugs per year to current production output once it is fully operational by 2014.

Biotech accelerator
Biotechnology is the growth engine in the global economy and Malaysia has shown potential to be a key biotechnology player in the global bioscience arena. The range of sectors under the scope of biotechnology is likely to diversify further in the future, driven by the continued development of new technologies across multiple fields of science, including cellular techniques, genetic engineering, structural molecular biology, bioinformatics and recombinant DNA technology.

With the establishment of Bio-XCell, a 161-acre biotechnology park in Malaysia providing world-class infrastructure to local and global pharmaceutical and biotechnology companies to execute their research and production more cost effectively as compared to its neighbouring country Singapore, Malaysia has been able to garner impressive investments.

India-headquartered Strides Acrolab's Malaysian subsidiary, Agila Biotech Malaysia, has signed a $34.4 million build-and-lease agreement with Malaysian Bio-XCell to establish a customized biotech facility in the Bio-XCell ecosystem. The project has in its pipeline substantial chunks of investments worth $80 million from firms like Biocon from India, Metabolic Explorer from France and GlycosBio from US.

Bio-XCell leverages on a public-private partnership to accelerate the development of a biotechnology ecosystem in Malaysia and provides an estimated 1.125 million square feet of purpose-built facilities for companies.

Analyzing the opportunities to establish operations in Malaysia, other companies too have invested in the country. European healthcare technology company Altran started its regional office in Kuala Lumpur, Malaysia, as part of its growth strategy to develop new business opportunities in Asia.