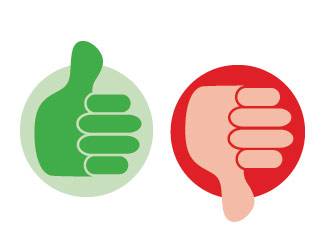 Will the recent controversies surrounding Ranbaxy and Wockhardt hamper the strong foothold that Indian pharma has established over the past two decades in western markets?

When the Indian generic sector forayed into the global arena almost two decades back, the affordability of its treatment options and its reliable quality drew eyeballs from potential markets. In the recent past, however, issues of regulatory non-compliance and poor quality, reported at a few companies have left many industry majors wondering if their goodwill would be affected owing to these cases.

Ranbaxy, a company that grew by leaps and bounds and defined a new growth chart for the Indian pharmaceutical industry in western markets, fell from grace earlier this month. Ranbaxy's grand confession and eventual $500 million settlement for knowingly selling adulterated drugs and hiding these facts from investigators has threatened to end the dominion of the Indian pharma in US.

While experts have pointed out the obvious regulatory lapses in domestic governance in India, industry majors have argued that brand India would not take a beating. Speaking to BioSpectrum Asia, Dr Kiran Mazumdar-Shaw, CMD, Biocon, said that such issues are not unique to Indian companies. She said, "Non-compliance is an inherent feature of the pharma industry worldwide. Thinking that brand India will be affected due to such cases would be an alarmist reaction. The timing of these cases has just highlighted Indian pharma. Both big and small generic companies feature on the list of warning letters issued by the FDA yearly," she explained.

Also read:
Ranbaxy controversy: What have been the highlights?

Further adding that it is time that better checks and balances are put in place to ensure that we create a hallmark of success. She pointed out that there is an immediate need to put better regulatory practices in place. "Our country's current regulatory system is weak. There is a need for better vigilance, not just at the national level, but also by state drug controllers," Dr Shaw added.

First the Ranbaxy settlement and then the Wockhardt case, both call for an introspection by India, claimed Dr Ajay Kumar Sharma, associate director, pharma and biotech, healthcare practice, Frost & Sullivan. "On paper, India's policies seem worldclass but the implementation is very bad. This is time for introspection as issues like these will only raise doubts about the collective quality of drugs coming from India. Ranbaxy is a fighter and might not take much time to recover its lost trust and goodwill, the case threatens to hamper the growth of other companies," he said.

He identified that the main reason such cases resurface is because Indian companies follow FDA norms only because they are forced to. "If you do not follow norms in full spirit, then such cases are bound to come up. Most companies adhere to the US FDA norms because they need the certification to sell in that country. They are not conducting audits and checks to help improve quality. There is a fear psychosis in the industry now as growing in the Indian domestic market would be difficult for the next three-to-five years. With US being the core market for Indian companies, their fear is well justified," he added.

The Organization of Pharmaceutical Producers of India (OPPI) believe that the additional scrutiny on abbreviated new drug applications (ANDAs) from India would lead to more delays in drug approvals. Mr Tapan Ray, director general, OPPI, said in a press briefing last week that, after recent incidents India's image as a low-cost generic drugs manufacturer could be adversely impacted. "In the backdrop of such high-decibel quality concerns raised by US FDA, the level of apprehension regarding the effectiveness of generic drugs made in India may increase, unless some tangible remedial measures are taken forthwith," he added.

Even as the Indian industry grows in the US, other competitors are soon making their way to the top. Cases such as these might give these foreign competitors a much needed chance to cash in on the quality concerns. Mr D G Shah, secretary general, Indian Pharmaceutical Alliance (IPA), said that competitors in the US generics market would use these recent episodes to reduce demand for Indian generic versions in the market there. "There would be a collateral damage. Other large generic makers could create propaganda against Indian copycat drugs, through their connections with practitioners and other related parties," he said.

While the industry still awaits the effects of these controversies, many have already jumped into action, ensuring that their quality control methods are improved so as to not lose out on competition.