Global collaborations is the way forward for drug discovery 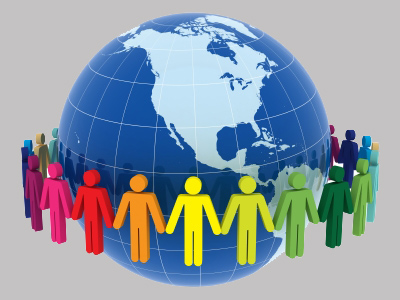 Over the last few decades India has reiterated its capabilities in providing dependable and cost effective chemistry services to big pharma through a multitude of outsourcing deals. A large percentage of these collaborations, however, are no longer limited to short-term outsourcing agreements but rather long-term milestone-based partnerships.

After two years of announcing the basic plan with medium-to-long-term strategies for business expansion to India, including those for a variety of functions such as sales and marketing, research, development, chemistry, manufacturing and control (CMC), manufacturing and IT, Takeda Pharmaceutical, took the plunge, with a three year drug discovery collaboration with Advinus Therapeutics in October this year. As a part of the deal, Advinus Therapeutics will receive a guaranteed payment of $36 million as well as a milestone based payment of $9 million, dependent on the targets achieved during candidates.

"The Takeda-Advinus deal seems to be a holistic deal which will help other internal programs and provide them good breathing space as well as provide an impetus to drug discovery in India", said Mr Siddharth Dhodi, manager, life sciences, Yes Bank.

Dr Rashmi Barbhaiya, CEO, Advinus Therapeutics, said that, "This deal will not be based on prior research carried out at Advinus. Instead we will involve entirely new projects in therapeutics areas such as inflammation, CNS, and metabolic diseases, all of which Advinus has developed an expertise in through its past projects."

Highlighting the sentiment Dr Ajay Kumar Sharma, associate director, pharma and biotech, healthcare practice, Frost & Sullivan, South Asia and Middle East, said that, "Advinus has been focusing on developing it's own drug candidates for quite some time and now with the support of Takeda coming in there would be no surprise if the world sees some blockbuster drugs coming out of their arsenal in the next decade. This move will also increase the confidence for other big pharma's to re-think their strategies."

But this would not be the first of such deals. Most of big pharma have struck a deal with Indian CROs or pharma companies for drug discovery collaborations in the last decade or less. Pfizer had entered into a R&D collaboration with TCG Lifesciences in 2009. In February this year, TCG Life Sciences delivered a pre-clinical candidate to Pfizer in return for a milestone payment as per the agreement.

TCG Lifesciences also has similar ongoing drug discovery based partnership with Endo Pharmaceuticals, under which it has achieved significant milestones. Commenting on these developments, Mr Siddharth Dhodi said, "The trend of companies moving from a fee-for-service-model to long term partnerships involving R&D of drugs has been growing for some time. The model which allows for milestone based payments with big pharma owning the assets, is a win-win situation for both."

Worldwide the trend to offshore research projects to counter mounting costs seem to have become the norm. As Dr Paul Chapman, general manager, pharmaceutical research division, Takeda said, "Collaboration with Advinus is one of our initiatives to enhance our research productivity."

Such collaborations not only mitigate the huge financial risks associated with drug discovery, due to the lower costs for conducting research in India, it also allows to speed up the process considerably.
Another model that is being closely looked at is one involving out-licensing phase I molecules to companies that can then conduct further clinical trials for the same. Most experts echo the fact that the Indian pharmaceutical industry still lacks any player that has the resources to take a drug the whole nine yards from discovery to clinical trials. In such a scenario, drug discovery partnerships can help put India on the world map.

Glenmark has been following this strategy to keep their innovation quotient up, and at the same time fund the company's research expenses. Two drugs developed by Glenmark for chronic pain and ulcerative colitis were out-licensed to Sanofi in mid 2011. They are currently in phase II trials. One of them, a biologic is a first-in-class therapeutic monoclonal antibody for chronic autoimmune disorders. Sanofi has licensed the rights to all therapeutic indications and is conducting the clinical development program including this trial.

The road to developing an Indian origin New Chemical Entity (NCE) with a foreign collaborator has however, hitherto been lined by a number of disappointments. None of the molecules developed as a part of licensing deals conducted over the past years, have been successful in clinical trials, yet. Drug discovery programs involving Glenmark, Dr Reddys, Merck, Eli Lilly and more have had not yielded positive results. Other deals such as Merck-Ranbaxy, Jubilant -Eli Lilly were called off a few years after they were started. Despite these setbacks, India's capabilities of providing a low cost alternative for drug discovery continue to be explored. The drug discovery expertise being sought is also evolving. Dr Sharma says, " This deal is a good start as largely the Indian CRO's were considered for their costs for chemistry process involving drug manufacturing. The pre-discovery or the biology processing was largely absent in outsourcing deals."

It remains to be seen if recent positive decisions such as allowing FDI in pharma would send out the right message to big pharma about investing in India's potential, both in terms of cash inflow and creating intellectual property. Inspite of the challenges, the future beckons, as Dr Rashmi says, "Drug discovery is in its infancy in India and we have a long way to go; especially in the area of early drug discovery. However, we have made a good beginning and there is a promising future."