The deal will help the Chinese company make inroads into India, gain access to US injectable drug market where Gland has a firm hold and bolster its product portfolio 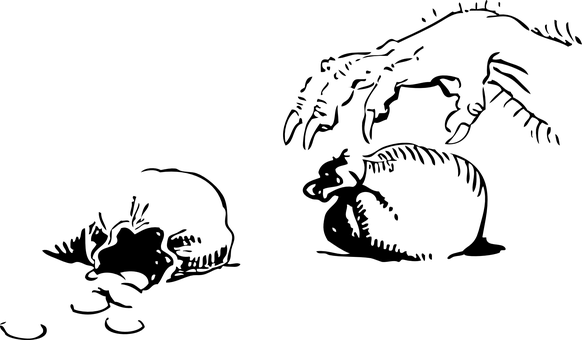 The Indian company’s promoters Ravi Penmetsa and his father P V N Raju will continue on the board of the company, Gland Pharma said in a statement. Besides, the present management team will be in-charge of the day to day running of the company, it added.

It all began in July 2016, when China’s Fosun pharmaceuticals agreed to acquire approximately 86% stake in Gland Pharma for $1.4 billion. The news of the takeover immediately grabbed eyeballs, making headlines. It was the largest takeover of an Indian pharma giant by a Chinese company.

As per the terms of the original transaction, Fosun had said that it will acquire the shares held by Gland Pharma founders Ravi Penmetsa and his family and PE giant KKR. KKR had acquired nearly 36% in the company in 2013 for $200 million, which is now valued at $540 million. Under the terms of the original transaction, KKR will sell its entire stake, while Gland Pharma’s other investors, including founder P.V.N. Raju, his son Ravi Penmetsa and the Vetter family, which controls Germany-based Vetter Pharma, would also sell a part of their stakes. Mr Penmetsa would remain managing director. The residual stake will remain with the founder family.

The deal, once materialized, will help the Chinese company make inroads into India, gain access to US injectable drug market where Gland has a firm hold and bolster its product portfolio with new oncology drug pipeline. However, this scaling of the great wall by Fosun, wasn’t easy. The deal did not get a nod from Indian CCEA authorities and Fosun had to settle with a smaller stake of 74 percent. But wait, did Fosun actually lose much? Except for a small stake?

The original deal was approved by the Foreign Investment Promotion Board (FIPB) earlier this year, while the Competition Commission of India approved it earlier in December 2016. FIPB referred the deal to CCEA in April. India allows foreign investment of up to 100 per cent in its pharmaceutical sector but above 74 per cent requires government approval.

Following these approvals, the deal, however gathered dust at the CCEA, and the Indian authorities sat on it, giving no word to both the companies on the acquisition. There was a wide speculation and media reports that the deal would be ‘blocked’ amid heightened border tensions between the two countries.

Fosun then decided to take the by-pass route and trim its stake to 74 percent. With this, Fosun no longer needed the approval of Indian government as per the revised Indian FDI guidelines. Fosun said in a statement that the reduced stake will avoid a government review and the transaction was completed by October 3rd with all the main conditions being met. “The approvals of the relevant [Chinese] authorities and the United States antitrust filings and Indian antitrust filings in respect of the transactions have been completed,” Fosun Pharma said in its filing.

“No review and approval of the India Foreign Investment Promotion Board and the Cabinet Committee on Economic Affairs of India is required in relation to the transactions contemplated under the amendments to the transaction documents under the relevant Indian foreign investment policies,” the company said.

Why was Fosun so determined?

Found in 1978, Gland Pharma, makes generic injectables, primarily for export in the US market. The company also sells its products in India and has presence in 90 countries, over five continents. With this deal, Fosun gets access to two state-of-the art R&D laboratories, four USFDA, MHRA approved manufacturing sites, 60+ niche injectables and a growing oncology pipeline. The deal will thus help the Chinese drug maker to leverage  capabilities and expand its product offerings. More importantly, this acquisition will give Fosun easy access to the US and Europe markets as well as increase its presence in Asia and India.  According to Fosun’s filing, Gland revenues in the fiscal year ending in March were Rs 1,490 crore ($232 million), with 3.14 million rupees in profits.

Mr Sanjeev Kumar, Industry Manager, Transformational Health: Life Sciences, Frost & Sullivan, highlighted, “There is a huge opportunity in the injectable industry. In the US alone, over 20 billion injectable drugs are expected to expire in next 5-6 years. Owing to these prospects the market has attracted large pharmaceutical firms to look for expanding in injectable business either by acquisition or through strategic partnership.  For example, Mylan, acquired the injectable business of Strides Shasun Ltd in 2013, several other pharma companies such as Baxter, Torrent pharmaceutical etc. are also looking to increase the investment in this segment. Gland pharma is one of the leading developer & manufacturer of generic Injectables which is strategically based in India. Several of its manufacturing facilities are approved by USFDA. Also, a majority of Gland pharma’s business comes from the US. Therefore, if Fosun collaborates with Gland pharma, it will have instant access to the US market as well as several other semi-regulated markets.”

India’s concerns over the Gland-Fosun deal are not, however, a result of the border tensions, Reuters reported, citing sources familiar with the matter. The concern is largely about India losing its edge on a particular pharma segment where it has significant presence internationally.“They have more to do with giving control of a large pharma company to a Chinese entity.” the source said.

Mr Sanjeev, said, “Fosun earlier wanted a larger share in Gland pharma, hence offered to buy 86% stake in the company. Due to Dokalam tension between India and China, this deal came under heavy and stringent scanner. Practically it was never taken up by the Cabinet Committee of Economic Affairs and was consequently put on hold mainly due to concerns over the foreign takeover of a leading local drug exporter.”

But is a 74 percent stake with a Chinese company, really that different from an 86 percent stake? Last year with an aim to promote the sector, Indian government allowed 74 percent FDI in existing Indian pharma companies with few preconditions such as maintaining research expenditure and meeting production volumes to ensure availability of essential medicines.

"With the objective of promoting the development of this (pharmaceutical) sector, it has been decided to permit up to 74 per cent FDI under automatic route in brownfield pharmaceuticals and government approval route beyond 74 per cent will continue. The move to permit 74% FDI under automatic route in Brownfield pharmaceutical sector is aimed at attracting required capital, international best practices and latest technologies in the sector, an official statement  from the Indian Ministry, said.

“The government of India had relaxed the foreign investment rules last year itself,” explained Sanjeev, “Allowing foreign companies to invest up to 74 percent in local drug manufactures without government approval. As Fosun pharma was still highly interested in investing in this company, they took a faster route.”

But what has largely changed in the deal except for a small percentage of stake is something that remains to be answered.  Fosun still has a majority stake of the company and though non-wholly owned has control over decision making, gains access to Gland’s facilities and products. Everything largely remains the same, with the only difference that the founder family retained a larger share. Earlier, in 2016, while commenting on the revised guidelines, Indian Pharmaceutical Alliance secretary-general Dilip G. Shah had told IANS that "with 74 per cent FDI, the government's control is totally gone. Though the move may not adversely affect the industry, the move has some risks as certain Indian assets like the injectables facilities are the jewels of the industry and time alone would tell if acquisitions have been helpful or harmful.” For now, one Indian jewel is with the Chinese.