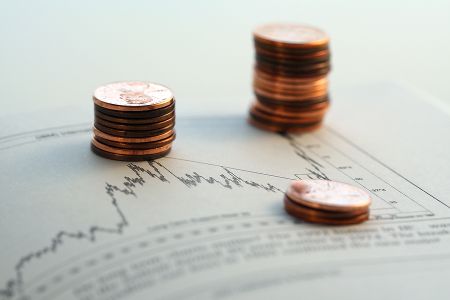 Asia's two leading economies, India and China are actively working on new strategies to attract money into the bioscience sector, seeking significant foreign investment in the coming years. This is in addition to stepping up the government investment tempo in the country. While China invested $178.7 billion towards medical and healthcare reforms from 2009-11, India plans to set up venture capital funds worth $639.56 million to promote its pharmaceutical sector. Even Taiwan has established its first venture capital fund, known as Taiwan Medtech Fund, with a capital target of $172 million and Singapore has slated more than $2.9 billion during 2011-15. Asian countries indeed are resorting to new measures, reforming existing policies and adopting new protocols to grab a higher inward investments.

Australia Trade Commission reported Australia to be a top destination for foreign direct investment (FDI), with total stock growing at 6.6 percent to reach a record $505 million in 2011. Major investments in the pharmaceutical and biotechnology sector are coming from Europe. The year 2011 saw the closing of some significant deals. German company, Fresenius Kabi, invested $3.5 million in setting up an oncology compounding center in Brisbane. Giving boost to innovative start-up companies, local and foreign investors supported Australian biotech venture, Vaxxas, providing it with $15 million to commercialize its product.

Recently, GlaxoSmithKline (GSK) revealed that they would invest $60 million in order to enhance its manufacturing capability and R&D activities in Australia. Moreover, a major stem cell investment deal was made between Swiss-based Lonza and Australia's Mesoblast. The deal pertains to the manufacturing and supply of Mesoblast's mesenchymal precursor cell (MPC) therapies, which could be used to improve the efficacy of bone marrow transplants in the treatment of cancer.

AusBiotech reports that in 2011, the capital raised from the initial public offers (IPOs) was significantly lower than that of the previous year. However, the listings and raisings of international companies such as Bioniche Life Sciences (which raised $12.5 million) and GI Dynamics (which raised $80 million) provided evidence of Australia's ever-increasing international biotechnology presence.

According to a survey conducted by AusBiotech, 54 percent of the respondents were able to raise capital in 2011 through issuance of equity, debt instruments and government grants.

Dr Anna Lavelle, CEO, AusBiotech, says, "The performance of the overall industry has remained positive, despite economic woes continuing around the globe. A trend that started more than a year ago is continuing, as Australian biotech firms attract growing interest from international investors. This is evident from the fact that the number of deals steadily increased at the AusBiotech Investment series events. There's a buzz amongst investors, about the availability of value offering, and there is also much excitement about the Tax Credit and what it will mean for the future of the companies that are being showcased."

Besides the support of from the federal government, the Queensland government too has presented a new round of an additional $100 million in the state budget to boost investments in biotechnology and attract global researchers.

Singapore has already developed a fine infrastructure to boost its investments. The country has slated more than $2.9 billion over 2011-15 to enhance its existing biomedical R&D infrastructure, integrate multi-disciplinary research and translate basic science into tangible outcomes. Singapore has brought together its research institutes, universities, medical schools, hospitals and specialty medical institutes into one integrated network through Biomedical Sciences Industry Partnership Office (IPO). This IPO serves as a single-point-of-contact for matching the companies' needs with expertise in Singapore's academic institutes.

Because of the above government initiatives, companies such as Merck Sharp & Dohme (MSD), Lonza, CPR Pharma and Marken, among others, have either set up or expanded their operations in Singapore during the last one year. MSD, known as Merck in US and Canada, and EDB have signed a new agreement under which MSD will expand its presence in Singapore through new manufacturing, marketing, and research investments. Under the agreement, MSD will invest over $250 million over the next 10 years in site improvements at its manufacturing facilities in Tuas. Additionally, it will expand its biotech operations thus adding technology capability to support new product launches. Another SGD $700 million will be spent in bolstering its research capabilities. Since starting its operations in 1996, the group invested about $1.5 billion in Singapore, including those made on a chemical manufacturing facility that is expected to be closed by the end of next year, as part of its consolidation.

Lonza, one of the leading biopharmaceutical contract manufacturers in the world, opened its bioprocess facility in Singapore. The Singapore $14 million investment is the company's first investment towards bioprocess development in Asia and will support Lonza's biologics manufacturing plant in Singapore.

India is another country where large investments are expected to flow in the coming period. According to Invest India, the Indian government has set up a $2.2 billion venture fund for supporting drug discovery and develop research infrastructure projects. This is a crucial step as it increases the funding required for innovative work by the Indian biotech sector.

According to data from the Department of Industrial Policy and Promotion (DIPP), the drugs and pharmaceuticals' sector attracted an impressive level of FDI worth $3.2 billion between April 2011 and January 2012. DIPP is a part of the Ministry of Commerce and Industry and is responsible for framing the country's FDI policy.

Indian biotechnology industry is expected to garner revenues of $11.6 billion by 2017. Trends like rising investments from foreign companies, increased R&D and infrastructure investments from the private and public sectors, emerging market for contract research, increasing clinical capabilities in drug discovery and rising opportunities, are the key factors driving this market growth.

Sensing the lucrative opportunities in India, US-based real estate developer Alexandria is investing around $107 million to develop a biotechnology park in Bangalore, contributing significantly to the building of India's biotechnology infrastructure.

Another global pharma major, Sanofi-aventis is gearing up to invest around $105 million in its largest vaccine manufacturing facility near Hyderabad, to tap the growing opportunities in the emerging markets. Similarly, Covidien, a US-based manufacturer of medical devices and pharmaceuticals, is investing in India by setting up an R&D center in Hyderabad. Also, Abbott had recently announced that it would establish its first nutrition R&D center in collaboration with Syngene, which is India's leading contract research organization.

In addition to the above, during the first quarter of 2012, six companies received approval of the Foreign Investment Promotion Board (FIPB), a national agency of the Government of India that provides a single window clearance for proposals on FDI in India to the tune of $137million. Shantha Biotechnics and Edict Pharmaceuticals got the highest FDI approval of $95 million and $32 million during the period, respectively. The other leading names include Aptuit Laurus and Softgel Healthcare, who obtained FDI worth $8.79 million and $1.83 million respectively.

China is also attracting investment from US and Europe and the country is making efforts to establish itself in the global market. Standard Chemical & Pharm in Jiangsu, China, signed an agreement with DIA, which is Japan's largest manufacturer of water-based patches, for a $6.9 million (44 million RMB) joint venture of building a production factory of water-based patches in China Medical City (CMC), Taizhou.

International players have shown keen interest in China. In December 2011, Merck announced the establishment of an Asian R&D headquarters for innovative drug discovery and development in Beijing, China. This is a part of Merck's plan to invest $1.5 billion over the next five years in China. Merck also maintains its commercial headquarters for MSD in Shanghai and has manufacturing capabilities at other locations throughout China. Another pharma giant, AstraZeneca announced a $200 million investment in a new manufacturing facility, located in CMC. The new site represents AstraZeneca's largest ever investment in a single manufacturing facility globally, and will produce both intravenous and oral solid medicines for the company's growing business in China.

Timing Pharmacy, which operates as a traditional Chinese medicine (TCM) manufacturer and runs a chain of clinics in Taiwan, is planning to shift its focus to international market and has invested invest $16 million (NT$ 500 million) in the Ping-tung Agricultural Biotechnology Park to create the largest TCM company in Taiwan.