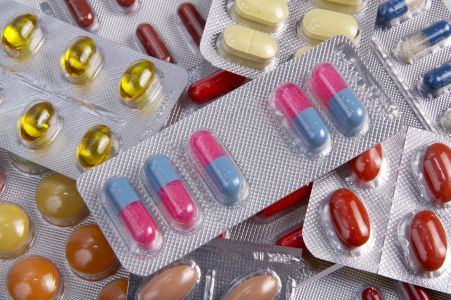 With the suspension of the registration of 36 similar bio-therapeutic products in Sri Lanka, the country's healthcare market has become an open ground for the monopoly of biologics originators. Sri Lanka's regulatory agency blacklisted and suspended sale of some bio-therapeutics products being imported from six countries after concerns over their efficacy and safety.

In 2011, the biologics market in Sri Lanka was estimated to be around eight-to-10 percent of $444 million pharmaceutical market. With rise in chronic and lifestyle diseases, the market for biologics has been increasing in Sri Lanka in the last many years.

Welcoming the government's decision of suspension, Mr Adrian Basnayake, managing director, ABC Pharma Services, says, "Although some biosimilar enoxaparin, interferon, somatotropins and insulins have been in the Sri Lanka market for over 10 years in some instances, greater regulatory scrutiny of the biosimilars is welcome especially in the light that many unknown sources from China and India have entered this market segment. Both the sources have a history of quality failures for pharmaceuticals. Biosimilars are often used in seriously ill patients. Hence, there is a greater need to demonstrate efficacy and safety of these rather than in products for some chronic illness, such as hypertension or hypercholesterolemia."

In April 2011, Sri Lankan authorities blacklisted 10 Indian drug companies (names not disclosed) for violating tender procedures, supplying substandard products and disregarding delivery schedules, which are requirements stipulated for their registration with the ministry. The health ministry ordered the Director General of Health Services to cancel the tenders awarded to the companies and acquire drugs from other countries to counter the shortage of quality drugs in government hospitals, despite India's moves to avert the ban.

Mr Nimal Dias Jayasinha, managing director, Emerchemie NB, (Ceylon) said the government decision has created some unsavoury scenarios. "For example, the originator products will now have a monopoly situation and will naturally opt to demand prices of their choice. It has already begun to happen - a wholly immoral scenario of putting the poor patient to the sword," he points out.

Calling the government decision an illogical stance, he said, "If the products available in India to treat a population of 1.3 billion people is considered by the highly advanced medical fraternity a threat and if such action has also the blessings of the World Health Organization (WHO), why should the patients in Sri Lanka be deprived of such medicines that have effectively been tried and tested in Sri Lanka for over five years."

Recalling the events, Mr Adrian Basnayake, former president of Sri Lanka Chamber of Pharmaceutical Industry, says, "The Cosmetics, Devices & Drugs Regulatory Authority (CDDRA), the regulatory body of Sri Lanka, by way of their circular dated December 10, 2010, informed the industry that it intends to conduct a review of the registered biosimilar pharmaceuticals using recombinant technologies in its production. The companies were requested to re-submit details, such as name of drug, dosage form, strength and type of registration (full or provisional) and registration status worldwide, especially if the product is registered in the US, UK, Australia, EU (MEA), New Zealand, Canada and Japan that the CDDRA considers as reference countries."

The CDDR wanted to know if clinical trial data had been submitted with the original drug application. It was also required to declare if the product had been rejected in any country and if the product is actually marketed in Sri Lanka at that time. The companies were, thereafter, given time to submit clinical trial data, ideally comparative efficacy and safety data with the originator before Feb 28, 2011, to retain the registration. The Sri Lanka Chamber of Pharmaceutical Industry made representations to the CDDRA and the technical advisory committee of the Ministry of Health to reconsider this deadline and obtained time till February 28, 2012, as most member companies were of the opinion that the time given was too short to respond in a meaningful way.

Mr Adrian Basnayake says, "Some principals have been able to submit the requested data, which is clinical trial data and bio equivalence data, although there have been some delay in understanding what the DRA wanted and in sending the requested information. In some instances, the DRA was confused about the difference between biological products and biosimilars, and what is an originator or a biosimilar. Above factors have led to most biosimilars being suspended in registration with effect from March 1, 2012, and consequently they are going out of stock in the market or being disqualified in government tenders. This, no doubt, has impacted the overall health expenditure, whether that expense is met by the government or out of pocket by patients."

Reacting to the developments, the spokesperson of Dr. Reddy's Laboratories, India, comments, "The Sri Lankan authorities issued a recent directive automatically de-registering several similar bio-therapeutic products previously approved, including two of Dr. Reddy's products. These actions are based solely on the authorities employing a new set of regulations, and not based on any safety, efficacy, or quality aspect of the products. Dr. Reddy's is in discussions to evaluate the next steps."

Mr Nimal Dias Jayasinha says, "Manufacturers have begun to provide additional information required, but the lobby of the multinationals is preventing decisive action being pursued upon this matter. Seemingly, the originator products will continue to have a field day until such time as such biosimilars are registered in the given reference countries, a process which could take quite a few years."

"We understand that some manufactures have submitted the requested data and scrutiny of the data is presently underway by a sub-committee comprising pharmacists, pharmacologists and clinicians. We are hopeful that the CDDA will conclude the review of this submitted data expeditiously and some of these biosimilars can be made available to patients in the next two-to-three months. In the mean time, originators are experiencing the best sales in many years," adds Mr Adrian Basnayake.

"My personal view is that the Indian Health Ministry should take this matter up with the WHO, so that rational and reasonable decisions are reached that help benefit the beleaguered patients in Sri Lanka," concludes Mr Nimal Dias Jayasinha.