Whats up with the BGI-Complete acquisition deal? 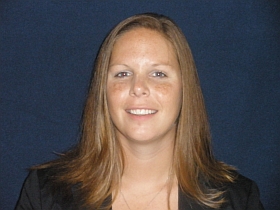 This potential merger has stretched out over nearly a half year as the deal requires various clearances from both the US and Chinese governments. BGI has continued to extend its offer as they seek the pertinent clearances. After receiving clearance from the Committee on Foreign Investment in the United States (CFIUS) and the National Development and Reform Commission of the People's Republic of China in January 2013, the merge is expected to go through as planned in 2013.

Cash-strapped and facing mounting competition from sequencing instrumentation providers, Complete Genomics needed a lifeline to turn around its business. The next-generation sequencing services market is one of the fastest-growing markets in the life sciences industry, with a compound annual growth rate (CAGR) of 28 percent expected from 2011-2016. However, lackluster government funding, pricing declines, and sluggish turnaround times have hurt Complete Genomics.

In addition, instrumentation providers have continued to launch new sequencers aimed at providing a spectrum of throughput and price point options to increase the instrument installed base. With the price of sequencing nearing the much-anticipated $1,000 per genome and the clinical industry warming to the technology, the services market is expected to generate a windfall as the clinical sequencing market emerges.

However, Complete Genomics must gain financial health, eliminate its long order backlog, and reduce turnaround times in order to earn the trust of the clinical community and take advantage of this promising market. BGI Shenzhen's sequencing infrastructure, expertise and proposed $30 million in bridge financing should help Complete Genomics get back on its feet and compete more successfully with instrumentation providers.

Another consideration with this acquisition is that BGI Shenzhen, who in the past relied on instrumentation from Illumina, Life Technologies and Roche, will gain access to Complete Genomics' proprietary next-generation technology. While Complete Genomics has maintained in the past that it would not commercialize its instrumentation and that the bulky systems were not developed with laboratory settings in mind, there is some speculation that BGI Shenzhen could change this strategy should the merge go through as planned. Next-generation sequencing market leader Illumina continues to fight and oppose the merge as it would likely lose BGI Shenzhen as a customer and face a larger competitive threat in the merged pair.