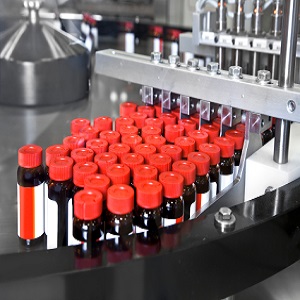 India and China will drive growth in ovarian cancer market

According to the company's latest report, Japan held the largest share of the regional OC therapeutics space in 2013, with 62 percent, followed by China with 16.5 percent. The other markets making up the APAC region are Australia and India.

Ms Sravanthi Addapally, associate analyst, GBI Research, says, "Two key unmet needs in OC therapeutics will also encourage APAC market growth over the forecast period. One is an effective drug for patients with platinum-resistant disease and the other is a maintenance therapy to extend disease-free survival after initial and second-line treatment, predominately in platinum-sensitive disease. The potential revenues that clinically successful products could achieve will encourage further OC drug development by 2020."

Ms Addapally adds that the current OC treatment pipeline has a steady number of candidates in both the late and early developmental stages, with indications that new approvals will be sustained up to the end of the forecast period and beyond.

However, the analyst continues, "Although the late-stage pipeline is crowded in terms of molecule numbers, no candidates have shown significant improvement in overall survival. Most of the late-stage products provide minimal clinical benefit to patients, with the best responses being mild-to-moderate improvements in progression-free survival in comparison with the current standard of care. While these more promising products are anticipated to gain approval by 2020, their expected high cost and limited clinical benefits, combined with the dominance of generic drugs, will limit their prescription volumes in the four APAC countries. As a result, the overall region will not witness a paradigm shift in its OC treatment markets before 2020," Addapally concludes.