Australia: A thriving lifescience hub with a global reach

Australia has a very vibrant MTP (medical technologies, biotechnology and pharmaceutical) sector and is a major contributor to R&D both globally and within Australia. With increased investments and government support it is expected that Australia can strengthen its position as an attractive and world-class destination for life sciences 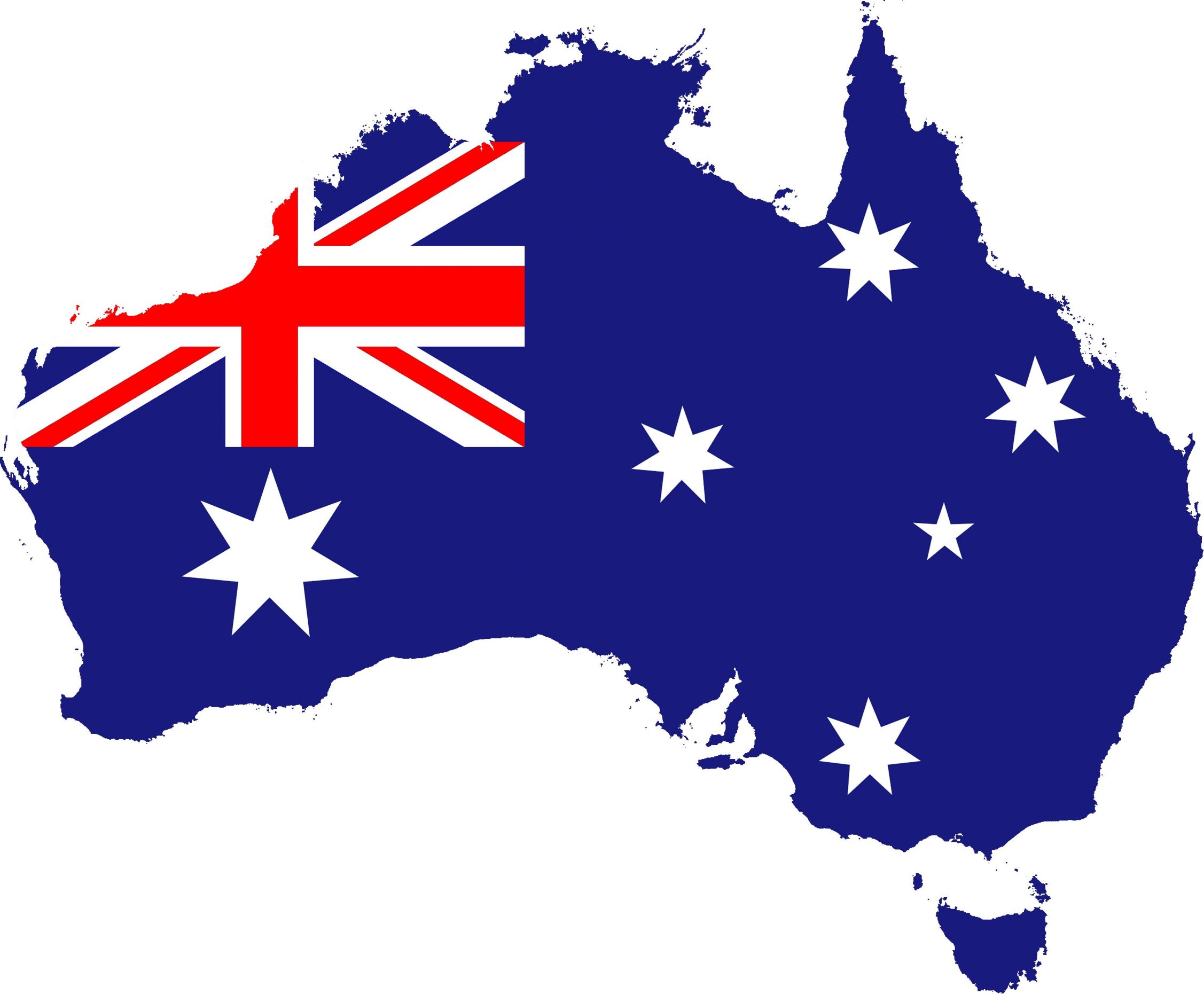 Biotechnology may not have been Australia’s forte for the past few years, but the Land Down Under is racing up the ladder to become a global leader in lifesciences. Innovation in Australian biotech is currently ranked fourth in the world (Scientific American Worldview). Australia has jumped from 17th place in 2010 to hold one of the top five spots in biotechnology globally, for the past three years.  Last year, the Australian biotechnology industry was valued at $81 billion and attracted $1.384 billion of capital raising (Bioshares, 31 December 2016). Australia is of the largest and fastest-growing public markets for biotechnology and yields some of the greatest public revenues across the globe. The country is ranked among the top 10 most competitive locations for R&D development. Home to nearly 480 biotech companies with more than 100 companies listed in the ASX in 2016, Australian biotech sector has an annual growth rate of 4 percent in the past five years. The country has a vibrant ecosystem of start-ups and established companies, with approximately 50 multinational pharmaceutical companies, more than 400-locally owned medical biotechnology companies, and 500 medtech companies operating in Australia. The Australian biotech industry was born in the 1980s, after researchers at the Walter and Elisa Hall Institute in Melbourne discovered colony stimulating factors (CSFs). Australia contributes to three per cent of the world’s published biomedical research and has produced numerous global success stories like Cochlear, CSL, Mesoblast, Nanasonics, Resmed.

“Australia’s network of universities, independent medical research institutes, clinical trial networks and scientific research ranks highest in Asia Pacific in terms of productivity and impact; and it has one of the strongest patent protection systems in the world, said, Dr John Moller, CEO, Novotech. “Data from studies conducted in Australia can be used to support international regulatory applications, including the US FDA and European Medicines Evaluation Agency (EMEA).” Headquartered in Australia since 1996 and operating in the Asia Pacific region, Novotech is internationally recognized in the industry as a leading regional full-service CRO..

There were over A$2 billion of biotech deal flows in 2016 and Australian biotech companies have raised over A$1 billion in 2015 and 2016 in capital raisings including IPOs and backdoor listings. The global MTP industry is on the cusp of enormous growth globally due to a range of factors including ageing populations, the growth of emerging markets seeking better health services and unprecedented innovation in medical technologies and pharmaceuticals. Australia has a very vibrant MTP sector and is a major contributor to R&D both globally and within Australia.

Ms Sue MacLeman, CEO and MD of MTPConnect, highlighted, “Australia’s MTP sector is a significant contributor to the Australian economy, providing a number of national benefits in the form of highly-skilled cross-sector employment and access to solutions that increase the efficiency of Australia’s healthcare system. The MTP sector generates approximately $4.4 billion in gross economic value added (4.5% of Australia’s total manufacturing gross value added), $4.0 billion in annual exports from manufacturing and employing 48,000 people across medical technology (c.10,000), biotechnology, and pharmaceuticals (c.22,000), and health and medical research (c.16,000).” MTP Connect was formed in November 2015 as part of the Federal Government’s $250 million Industry Growth Centers Initiative. The organization aims to aims to accelerate the rate of growth of the sector to achieve greater commercialization and establish Australia as an Asia-Pacific hub for MTP companies.

Much of Australia’s life science industry is clustered around the city of Melbourne. This area is home to an estimated 40% of Australia’s public biotech and medtech. It boasts a vibrant biotechnology commercial sector, key R&D infrastructure and advanced manufacturing expertise, making it a highly sought after destination by global companies. Apart from Melbourne, there are major life science precincts in New South Wales, Queensland, South Australia and Victoria. Companies and research institutions can also be found in the other Australian state and territories including Western Australia, Tasmania, the Northern Territory and the Australian Capital Territory (ACT).

Sector wise Australia has shown some world class capabilities in clinical trials and research. Austrade estimates investment in Australian clinical trials by pharmaceutical, biotech and medical companies will continue at A$1 billion annually for the next few years, 20% of which coming from the top 10 pharmaceutical companies alone. “We have experienced an increase in the number US biotech companies turning to Australia for conducting clinical trial,” noted Dr Moller.  “Australian clinical trials are already around 28% cheaper than the US; and up to 60% cheaper once the government’s generous R&D cash incentives are applied. The trial process allows flexibility without compromising quality. It is a notification scheme that avoids duplication of processes, saving the sponsors both time and money.”

With one billion Australian dollars in tow, the government is keen to make up for the gap in venture capital funding and boost the burgeoning MTP sector. Generous tax concessions on R&D have helped boost the sector in recent years, especially biotechnology companies, which face years of costly research and drug trials.

Explaining this, Dr John Moller, CEO, Novotech highlighted, “Over the past five years, the Australian government has made concerted efforts to support the Australian biotech sector, with three key activities being the establishment of:

Together these initiatives are providing Australian biotech’s with a real boost and will undoubtedly deliver a positive impact on the sector within the next five years.”

A detailed study by the McKell Institute, argues that despite key R&D infrastructure, advanced manufacturing expertise and the number of patents lodged by local researchers, the annual growth of the sector over the past decade has been around 3 percent. This, the report states, has seriously lagged the growth seen in other countries.

Despite generous government benefits, Australia still faces an uphill struggle for investments. The VC environment, as a percentage of GDP, is far behind the US. The shortage of angel and VC funds means that the early Australian sector is dependent on government tax breaks and R&D grants to help generate funds. Australia also suffers from too many tiny biotech comapnies. These small biotechs are often left floating, poorly capitalized and without strategic direction.

An additional criticism is the slow progress of drugs through the development and regulatory pipeline in Australia, the report noted. In Australia, it can take a decade or more for a new product to get to market, while in the US the government has sped up its regulatory processes with Europe following suit. The report also highlighted that that data exclusivity runs for only five years in Australia which is far less than 12 years in the US and 11 years in Europe, limiting the time period for inventors to recoup their investment. At the same time, direct and indirect (via tax incentives) government funding of research and development in Australia is close to half, or less, that provided in countries such as the US, Russia, France and Korea, the study found.

“While Australia has a vibrant research sector, the country’s commercialization productivity is behind other leading research countries and Australia’s position in the 2017 Global Innovation Index reflects this, observed, Ms MacLeman. “We have a poor record of commercialization and tendency to see research drained offshore, with incentive structures for researchers and clinicians geared towards publication output or patient throughout, instead of commercial innovation.”

With increased investments and government support it is expected that a Australia can strengthen its position as an attractive and world-class destination for life sciences and biotech companies to conduct research, clinical trials and develop products. With global trends driving the strong growth of the sector, increased public private partnerships, commercialization of research and channelized efforts from the government we can hope that the Australian biotech sector will overcome its challenges and continue its resurgence over coming years.

Providing a few pointers, Ms MacLeman concluded, “Australia’s MTP must capitalize on existing strengths to define a stronger global position, which will enhance the ability of the sector to translate basic research, and lead to an increased volume and value of IP, products and services for international markets. The successful achievement of our vision will result in considerable benefits for Australia, through both improved healthcare and economic contributions, with the potential to create up to an additional 28,000 jobs and $18 billion of cumulative Gross Value Add (GVA) by 2025. We are already seeing increased collaboration between research and industry, and a growing understanding of the importance of developing effective and commercialisable outputs that will have real impact on the health of future generations. With the expanding middle classes of Asia on Australia’s doorstep, there is no more exciting time for the Asia-Pacific MTP sector to capitalise on the full value of the Australia’s world-recognised research, to secure a healthier and wealthier future for all of us.”