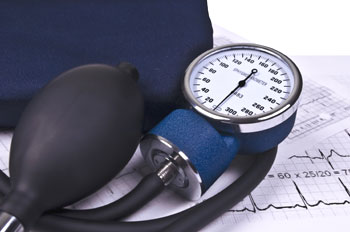 Singapore: A recent healthcare industry report by Frost & Sullivan states that the molecular diagnostics market in Asia Pacific clocked over $800 million in 2012 and according to estimates, this is likely to cross $2 billion by 2019. Public awareness on new, cutting-edge technologies and preventive medicine is increasing in several Asia Pacific countries. Recognition that molecular diagnostics tests are more accurate and cost-effective as compared to conventional diagnostics is driving the market growth.

"Newer, automated technologies such as microarrays, real-time PCR technology, mass spectrometric proteomic analyses and protein chips have transformed the way physicians detect and diagnose cancers and genetic diseases at an early stage. This has also paved the way for personalized medicine, which can identify the predisposition of a patient to a disease-based on genetic variants, and target therapy at the right time," Frost & Sullivan healthcare industry analyst Gulifeiya Abuduxike said in the report.

The report said that as focus shifts to oncology testing, pharmacogenomics and the co-development of companion diagnostics will become key business strategies for Asia Pacific pharmaceutical companies to maximize the cost-effectiveness of cancer drugs. The hot sub-segments of molecular diagnostics include:

The US FDA recently approved the first rapid HIV test for the simultaneous detection of HIV-1 p24 antigen as well as antibodies to both HIV-1 and HIV-2 in human serum, plasma, and venous or fingerstick whole blood specimens.

Diagnostic imaging devices
According to Frost and Sullivan, Asian diagnostic imaging devices market, was valued at $8 billion in 2012. The market is expanding at an average annual rate of 10 percent, greater than any other region of the globe. This market share is 33 percent of the global market for the devices, as compared to 27 percent in 2010. Diagnostic imaging devices are mostly high technology devices supplied by global companies that are fast expanding their operations to the developing countries of Asia. Companies like Fujifilm, GE Healthcare, Philips Healthcare and Siemens, have significantly enhanced their focus on Asia in recent years.