The time is finally ripe for a meaningful utilisation of Virtual Reality (VR) and Augmented Reality (AR) in healthcare. Major leaps in software development and equally reliable hardware has made applications of VR in complicated surgeries a complementary tool. Visualisations to improve patient outcomes, helping physicians and students interact in the VR world to effectively recreate realtime, stressful and life-threatening scenarios is being increasingly deployed across the world. We shall enter this new promising world in healthcare to examine its impact thus far. 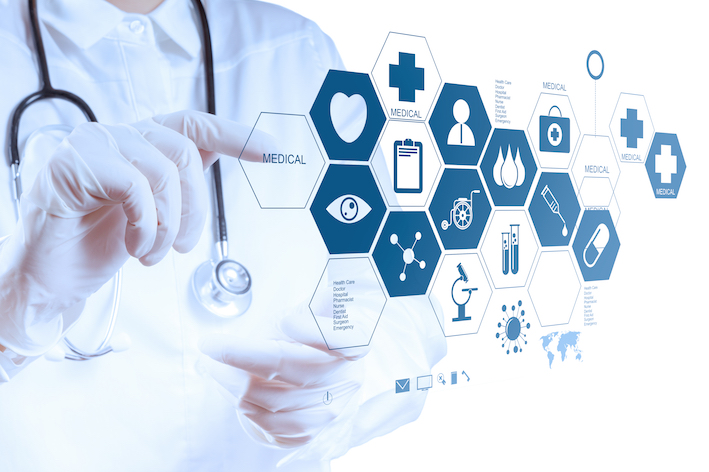 While still in the early stages of adoption, there are various possibilities for VR in the healthcare sector, including medical education, surgery, and managing mental health.

The most obvious and widespread application of VR has been in the space of medical education. One study published in the journal of Advances in Medical Education & Professionalism in 2018 found that 48 per cent of students have used virtual education technology for laparoscopic surgery training. Using virtual reality has improved learning in 74 per cent of the students. Higher accuracy of almost 87 per cent, has been reported in medical practice by those trained through VR medium.

Virtual reality provides real-life scenarios via the simulated environment, making it easier to gain practical knowledge that would otherwise be difficult to comprehend in a real environment.

COVID-19 pandemic has accelerated this further. Japanese VR medical device maker Jolly Good, together with the Nippon Medical School, a university in Tokyo, has developed a cloud-based clinical education platform that uses VR for medical students who are unable to attend clinical practice due to the spread of COVID-19.

Hospitals in Australia are starting to utilise VR in practising life-saving procedures, cutting down the training time from months to days. In an interview with Healthcare IT News, Australian VR startup Vantari VR said four tertiary hospitals have been using its VR training platform in critical care.

While VR has been used successfully to treat post-traumatic stress disorder (PTSD), it has also been proven to manage other mental health problems such as depression, phobias, addiction, stress, and anxiety. By providing new ways to keep the body relaxed and calm, VR helps with anxiety and stress. In a method known as therapeutic VR, users wear a VR headset and experience a simulation designed to calm their mind.

A study published in the Complementary Therapies in Medicine in August 2020, found that in anxiety/phobias, virtual reality can be used as supportive therapy, not a replacement for traditional treatments. VR is being used more and more often as a therapeutic tool in psychology or psychiatry. However, there has yet to be a comprehensive synthesis and critical review of the literature to identify future directions to advance the field in this area, the study mentioned.

Another application of VR is in the field of surgery. Several companies have created platforms that use VR to help surgeons practice their skills. Virtual reality also assists surgeons in planning upcoming operations and educating patients. It helps doctors in the operating room, guiding them in a three-dimensional space.

US-based OssoVR, the leading virtual reality-based surgical training company, has launched the world’s first VR-based multimodal assessment experiences. In addition to adding this capability within its platform, Osso’s platform has also launched in multiple new languages in addition to English, including Japanese, Spanish, German and French to broaden access in more than 30 countries where it is currently utilised. OssoVR is the first surgical training platform to take a multi-modal approach to assessment in a milestone-based training model. This approach, for the first time, allows users to assess their knowledge of specific workflows, including what to do when things go wrong (as they unfortunately sometimes do during surgery).

Singapore-based Kyalio and the Endoscopic and Laparoscopic Surgeons of Asia (ELSA), developed the day-to-day endo-laparoscopic VR surgical library. A first in Asia, the multi-platform VR surgical library, which utilises real-scene VR, addresses the importance of continuous surgical training and enables cross-border surgical education to be sustained even in the face of COVID-19. The library also supports long-distance surgical training for young surgeons in developing countries and remote areas.

While the USA leads the way in terms of integrating VR in the healthcare system, Asia isn’t far behind either. There has been a flurry of activities in the recent past in this space. Perhaps the most notable one is South Korea’s electronics giant Samsung which, in 2017, has developed a new application of its VR headset, the Gear VR, to enable doctors to better diagnose mental disorders. The firm developed it in partnership with FNI, Seoul’s Gangnam Severance Hospital and content maker.

In 2018, Travelers Companies, Samsung Electronics America, Cedars-Sinai, Bayer and AppliedVR announced that they would commence a new study to explore the effectiveness of a digital pain-reduction kit that uses therapeutic VR and wearable technology as a non-pharmacological supplement to managing pain associated with acute orthopaedic injuries of the lower back and extremities. In 2016, Taiwanese smartphone manufacturer HTC entered the field with the HTC Vive, a VR device. Since then, the device has been used for surgery simulation and medical training around the world.

In 2018, HTC’s healthcare division, DeepQ, announced the completion of the world’s largest VR anatomy lab in collaboration with Taipei Medical University. In 2019, HTC Vive partnered with SimforHealth, a French VR surgical simulation firm to train medical personnel around the world. Japanese startup HoloEyes is making VR surgery a reality in the country. Its software converts two dimensional CT (computed tomography) and MRI (magnetic resonance imaging) scans into 3D images for use in VR platforms and has already been in use at several Japanese hospitals for procedures like orthopaedic and liver surgeries.

Healthcare traditionally has been slow to adopt digital technologies and with good reasons. While VR provides exceptional opportunities to transform the healthcare sector, it’s not without challenges.

While cost and data privacy remain the topmost concern, there are other challenges too. Simulation sickness, perceptuomotor, headaches and eye strain are some of the side effects of VR therapy.

Since the widespread adoption of such technology is still in its nascent stage, there are no regulations in place. For it to successfully integrate in the healthcare system and to avoid its misuse, robust regulatory policies are a must.