APAC market is gaining pace on par with European market

Cell banking market is expected to grow at an exponential rate in the coming years owing to the growing demand for biologics. Overall, biologics are slowly taking a major share of the pharmaceutical market by means of stem cell therapies, monoclonal antibodies etc. 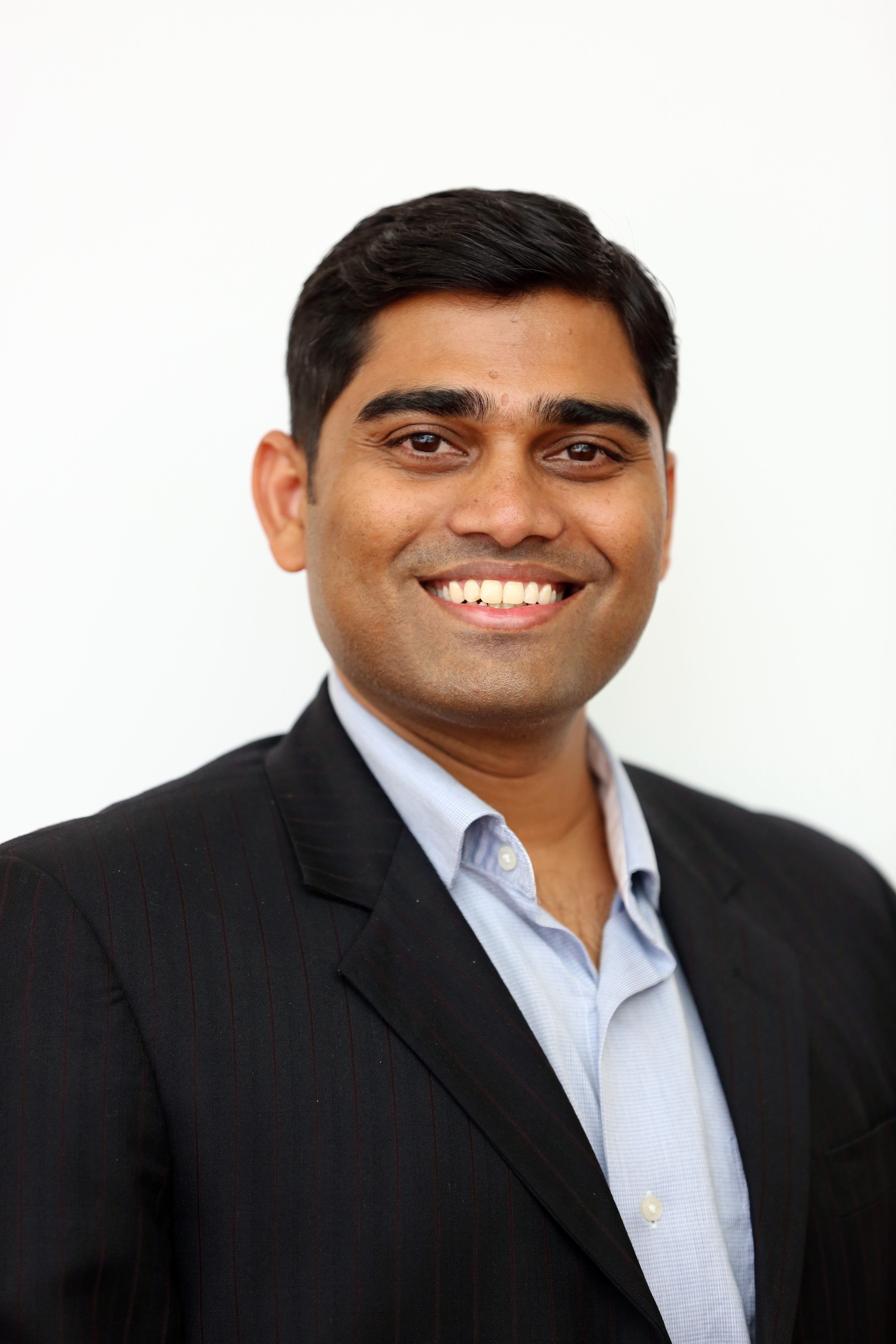 Cell banking market is expected to grow at an exponential rate in the coming years owing to the growing demand for biologics. Overall, biologics are slowly taking a major share of the pharmaceutical market by means of stem cell therapies, monoclonal antibodies etc. Presently, USA takes the lead in terms of the cell line development market followed closely by Europe and Asia, However, as per the current scenario; APAC market is slowly gaining pace on par with the European market and is expected to surpass the market in the future. Across APAC, India is the leading market with respect to the stem cell banks. This is mainly due to the growing population in the country and a higher growth rate.

The biotechnology space faced a reduction in bio-projects due to the lack of investments between 2010 and 2012. However, after 2013, there was a change in trend and even in the current scenario of 2015-17, more vested investments by pharma and biotechnology companies are taking place due to the demand for biologics, and due to successes in gene therapy and cellular therapy. Cell culture/ cell banking requirements are not only increasing in magnitude but also slowly shifting towards increased use of mammalian cell lines.

Biopharma production is further increasing through novel therapeutics as well as biosimilars. Process of biologics manufacturing and role of cell banks – The first step in biologics manufacturing is insertion of target genes in an expression vector (plasmid) which is known as inoculum development. The expression vector is then added to the genetically modified host cell expressing the protein of interest, which is cell culturing. After proteins have been collected and cultivated, a cell bank is created for future use. The downstream steps include harvesting the protein, followed by production recovery and isolation. The last step in downstream involves purification of proteins, that includes virus inactivation / removal, chromatography, and filtration. The final stage involves filling, finishing, packaging and storage, quality assurance and characterisation, and stability testing of the protein drug. In the described above, cell banks acts as one of the major components of biologics manufacturing and key to the large scale manufacturing of biologics drug. Also, Cell based bioassays are used during the evaluation of product potency, pharmacokinetic and pharmacodynamics properties, comparability and stability testing. The cell serves as a critical and complex reagent during the analytical test assay, hence requiring distinct characterization and control measures to guarantee the operational consistency. Bioassays are responsible for providing accurate information throughout the product under development and on the market.

Precisely, such accuracy and reliability of cell based bioassay test results are strictly associated with controlled, consistent banks of designated cells.

Globally cell banking markets expected to generate over $ 5 billion by 2020. Master cell banks are expected to accounts for major sharefollowed by Working and viral cell banks.North America dominates the market share but Asia-Pacific expected to witness high growth in next 7-10 years. United States is one of the key markets for cell line development and cell banking. USA currently leads the market with some of the key players such as QuintilesIms, BioReliance and Charles River. Most companies in the US have expertise in providing end-to-end services to the customers.Some of thesecompanies have also extended their facilities in the APAC region to increase their global presence. European region stands second in the global cell banking market closely following the US. Key players in Europe include Lonza Group, CMC biologics and Biorelience. APAC region has shown a remarkable growth in the cell banking market in the past few years. Major players of the industry are expanding their bases in APAC region so as to extend their global presence.Further to this, more and more CMOs are also currently focusing on these nations. The primary reason for an increased outsourcing to APAC region is lower cost of production which makes these locations ideal for production of large quantities of cell cultures.As a result, Asian markets hold a strong promise of establishing itself as the highest cell line and cell banking market.Across the whole of APAC region, India & China are amongst the most sought after countries mainly owing to larger populations and cheaper set up costs. Some of the key players in the region are WuxiAppTec, Cryovia, and Reliance Life Sciences Pvt. Ltd. Growing biologics penetration and approval of newer biosimilar drugs are further expected to help the APAC market.

Cell line development is a very delicate procedure. Hence it involves lot of issues such as contamination either by manual handling errors or due to the lab environment. A contaminated cell culture may not be useful for further process. This in turn acts as a major restraint in terms of the market growth. Legal and changing ethical issues with respect to the cell line collection acts as a major hurdle. As we know, the regulatory aspects play an important role in sample collection and cell culture production, these rules differ with every region and this lack of uniformity could act as a major barrier in terms of market growth. Cell banking and cell culturing for the production of specific biologics is an expensive procedure. This leads to a higher cost of therapies and thus reduces the overall adoption rate. As a result, the market could be affected as the number of patients opting for these therapies decreases. Also, another major challenge is complexity of certain starting materials/cell lines which increases the cost of production. For example, Recombinant production cell lines represent one of the most complex starting material systems to get manufacturing licensing approval for the production of MCB and WCB. Area involving embryonic stem cells raises ethical, legal, and social concerns regarding their use. As a result, market prices for various products may get affected. Moreover, many research institutes are adopting policies raising ethical concerns about the use of human embryonic tissues. Such policies are hindering the overall process for several companies working in collaboration with those institutes. Ethical issues regarding cord blood sample application is creating biasness among donor, which is majorly influencing the market. Cells obtained from adult organisms are the main focus of research and clinical application as ethics surrounding the use of these cells are more straightforward. Therapies employing adult stem cells are being developed by various companies (such as ViaCell, StemSource, Osiris Therapeutics, Neural Stem, and Angioblast) and are pacing fast from laboratory to the clinical application phase.

One of the major trends in this market is growing adoption of cell and stem cell therapies. Use of diverse applications for stem cell production is observed so as to meet the growing needs of the stem cell therapies. As a result, companies are working further towards optimizing their growth with respect to the changing market needs. Cell culture/ cell banking requirements are not only increasing in magnitude but also slowly shifting towards increased use of mammalian cell lines. Biopharma production is further increasing through novel therapeutics as well as biosimilars. Favorable regulatory initiatives for R&D of stable cell lines is also helping the market to grow. Mammalian Cell Culture Technology is the most rapidly growing systems across all other cell systems. It involves the integration of new technologies such as gene editing, new expression cell types and platforms, new single use bioreactors and new chemically defined culture medium which supports cell growth in the absence of ubiquitous proteins. With an increase in communicable as well as infectious diseases a likelihood of development of novel mammalian cell culture systems is expected to evolve. Whereas, Microbial cell culture technology is one of the major tools used in cellular and molecular biology typically used in drug screening and development and large scale manufacturing of biological compounds Patent expiration of blockbuster biologics is increasing the need for innovative medicines thus increasing the prospects for biosimilars, vaccines and other therapeutic proteins. Further to this, growing government funding for R&D in the biotechnology industry, adoption of regenerative medicines and high untapped opportunities are also expected to further boost the market growth in the future.