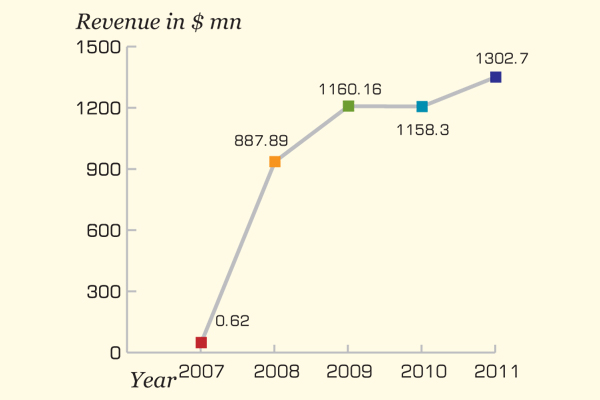 Driving in the niche industry of sleep disorders, ResMed was aggressive in strengthening its portfolio through acquisitions and product expansion in the European region in 2011. ResMed took a smart approach of acquiring and partnering with small technology-focused companies that deepens its reach into the vastly under-penetrated market for sleep-disordered breathing.

It also acquired Irish medical technology company, BiancaMed to get hands on wireless monitoring of disorders during sleep and breathing at home and in hospitals. Furthermore, ResMed formed a partnership with CareFusion to strengthen the market of its two recently launched product range, Stellar 100 and 150 in the US healthcare market.

After facing a marginal drop in its revenue in 2010 in comparison to 2009, ResMed again picked up growth momentum in 2011. The company registered a growth of 12.47 percent with revenue of $1.3 billion in 2011 against the previous year's revenue of $1.16 billion.

Dr Peter C Farrell, president and CEO, ResMed, pointed out that increasing awareness of the dangers of untreated sleep-disordered breathing is the prime agenda of ResMed. The company is enhancing the benchmark for effective diagnosis, therapy, patient comfort and compliance.