‘Spinal Muscular Atrophy (SMA): Opportunity Analysis and Forecasts to 2028’ reveals that this growth will be driven by the FDA approval of Novartis’ Zolgensma for SMA in May 2019, coupled with its anticipated approvals in the EU and Japan 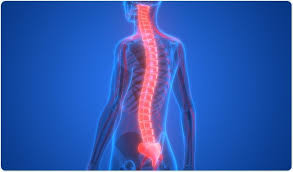 The total spinal muscular atrophy (SMA) market was estimated to be worth US$1.5bn across the seven major markets (7MM: US, France, Germany, Italy, Spain, UK and Japan) in 2018. This is expected to grow to US$6.6bn in 2028, at an impressive compound annual growth rate (CAGR) of 16%, according to GlobalData, a leading data and analytics company.

GlobalData’s latest report: ‘Spinal Muscular Atrophy (SMA): Opportunity Analysis and Forecasts to 2028’ reveals that this growth will be driven by the FDA approval of Novartis’ Zolgensma for SMA in May 2019, coupled with its anticipated approvals in the EU and Japan as well as the launch of other pipeline products during the forecast period.

Pipeline products with the potential to help address the root cause of SMA by producing the missing protein in SMA patients are the ones that have been met with enthusiasm among key opinion leaders (KOLs) interviewed by GlobalData. Therapies that are being developed to help improve muscle functions in SMA patients also are expected to play a pivotal role in patient care.

Vinie Varkey, Senior Pharma Analyst at GlobalData, comments: “Until Zolgensma’s recent FDA approval, Biogen’s Spinraza was the only approved therapy for SMA patients. While Spinraza has definitely reaped the benefits of first-to-market therapy for SMA, its need for a chronic dosage coupled with an intrathecal route of administration represents a logistical challenge for patients.”

Pharma companies have identified this gap as a potential area of improvement and their efforts are leading to the development of transformative therapies or ones with a more favorable route of administration. For example, Zolgensma is a gene-therapy that is proposed to be administered as a one-off infusion with the potential to cure the disease.

Varkey continues: “Theoretically, Zolgensma’s curative potential is promising but in the absence of long-term data for such innovative and transformative gene therapies in SMA patients, it remains to be seen how truly long-lasting and effective the benefits of this therapy will be in a real world situation. However, it is the anticipated launches of other pipeline drugs with a more favorable route of administration, such as Roche’s risdiplam and Novartis’ branaplam, that are expected to cause an immediate worry to Spinraza’s dominant market position. A therapy that is required to be administered via an oral route represents a less intensive resource utilization scenario and for this reason, patients and physicians are likely to prefer such therapies over one that needs to be administered intrathecally.”

While the development of clinical therapies for SMA patients are picking up pace, there is another element that is critical for their success.