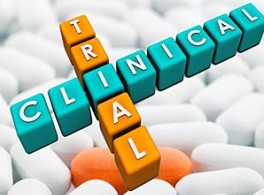 According to business intelligence provider, GBI Research, total number of deals in the global contract research organization market reached 700 between January 2010 and April 2015, achieving an overall value of USD33 billion.

According to GBI's recent report, the year 2015 contributed the most to the overall deals value during this period, with USD9.86 billion achieved between January and April in the year alone, representing an almost fourfold increase from USD2.5 billion reached in 2014.

Major newsmakers of the M&A deals in CRO space included acquisition of Covance by US based Laboratory Corporation at a record USD6.1 billion in February 2015, enabling LabCorp to strengthen its laboratory and CRO service offerings.

Ms Priyatham Salimadugu, associate analyst, GBI Research, commented that, "While acquisitions achieved the highest deal value globally between January 2010 and April 2015 as a result of this transaction, venture financing represented the highest number of deals during this period. US was the top market for overall CRO deal activity with 337 deals, accounting for a 48 percent share of the total deals, largely due to the majority of leading CROs being headquartered in the country."

GBI Research highlights that pharmaceutical companies have struggled to balance research and development expenditure and profitability and due to the rising drug development and clinical trial costs, as well as rigorous regulatory and quality assurance requirements, outsourcing has been a viable option to them.

"Pharmaceutical companies are outsourcing R&D and clinical trial activities to CROs to improve cost effectiveness. CROs have developed operational strategies to maximize their business opportunities in response to this, by entering new geographies and adding new services. Among the CRO market leaders is Quintiles, which generated revenues of $5.4 billion in 2014," Ms Salimadugu said.

Deals of the year

â€¢ AMRI acquired Cedarburg Pharmaceuticals, a contract developer and manufacturer of technically complex active pharmaceutical ingredients for both generic and branded customers at USD41 million. The acquisition is expected to add between USD13 and USD14 million to AMRI's revenue