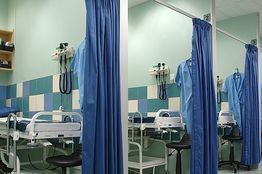 The large patient pool that India boasts of also adds to its value basket for attracting investments in the domain of clinical research.

Everything does not seem to be well in the pharmaceutical industry of Asia's third largest economy - India. Although the largest democracy of the world, which boasts of a population of 1.27 billion, has managed to acquire the status of being the world's foremost generic drug making powerhouse; the nation's drug research sector is yet to catch up. India's drug discovery experienced a boom much later than that of the generics boom, picking up momentum only during the later part of 2005 when the country relaxed restrictions on trials.

A look at the bigger picture, based on data tracking by www.clinicalresearch.gov, reveals that out of the 120,000 trials that are taking place in 178 countries, 90 percent are conducted in developed countries of North America and Western Europe. Meanwhile, less than 2,000 trials (2.20 percent) are being held in India as compared to 9,352 (2.83 percent) in China. Despite this meager market share, India has attracted a lot of investments from global big pharma. This is mainly due to India's unrivaled genetic diversity, accompanied by other favorable factors for drug research such as, increasing and varied disease prevalence rates; availability of medical, pharmacy and science graduates; appropriate infrastructure facilities; comparative cost advantage and a lax regulatory framework.

Any company that plans to launch a new drug in the market would require a $1 billion investment. By outsourcing this work to developing nations, drug firms were able to reduce their research costs drastically. A clinical trial for a standard drug in the US can cost about $150 million, while the same drug tested in India would bring down costs by almost 60 percent. The factor of cost efficiency is one-of-the main reasons that has helped craft the success story of India's clinical research industry. Today more than 150,000 people in the country are involved in at least 1,600 clinical trials, conducted on behalf of British, American and European firms. Despite witnessing a substantial growth over the last decade, the industry has seen a steady decline in the number of approved trials. As per statistics provided by the Clinical Trial Registry of India (CTRI), the number of approved clinical trials in India dropped from 500 in 2010 to 321 in 2011 and to 262 in 2012.

This year, barely a few pending trials, where amendments were suggested previously, have been approved. So at a time when India should be applying its resources to pump in more investments in its pharmaceutical research and development (R&D) sector, which has since its inception promised great potential, the country is now re-looking its regulatory processes and in the melee driving business from the sector down to almost zilch.

The large patient pool that India boasts of also adds to its value basket for attracting investments in the domain of clinical research. Currently, India's clinical research market is said to be worth $500 million and with almost 150 million patients suffering from diabetes, cardiovascular or respiratory diseases, and with two million cancer patients, India's disease prevalence data makes it a fertile ground for drug trials. Furthermore, the country has about 600,000 doctors, 45,000 hospitals and around 900,000 beds in both private and public hospitals, with most having electronic medical record facilities.

A 2012 Frost & Sullivan report projected that the clinical research industry would double revenues and cross the $1 billion mark by 2016. The report said, "The large, easy-toaccess, treatment-naive population, high degree of available cost arbitrage of up to 30-to-50 percent over the US, and an improved regulatory environment is driving the domestic CRO market, which is growing at 11-to-13 percent."

However, presently the industry is gripped with rising allegations of unethical tests and time-consuming government approvals. In 2011, the industry experienced its first jolts, when reports of increasing number of deaths during trials emerged. During the period of 2005-12, over 2,868 deaths were reported in India, all of which resulted from clinical trials. This brought to light a whole host of issues related to the regulatory system in the country and one of them was the issue of compensation. Claims were made that the Central Drugs Standard Control Organization (CDSCO), which is India's equivalent of the US Food and Drug Administration (FDA), had been too laid back on the issue of compensation in the case of trial-related injuries and deaths until the controversies erupted. This led to turmoil within and outside the country, damaged goodwill and above all, resulted in financial losses.

The Government of India, in an attempt to make reforms in the regulatory environment, formulated new rules for conducting drug trials in the country. The amendment made to Schedule Y of the Drugs and Cosmetics Rules, 1945, now makes it mandatory for investigators and sponsors to address issues of serious adverse events such as death of subjects involved in trials and mandates grant of adequate compensation in such cases. These new rules also highlight that an independent ethics committees would be set up under medical institutes to monitor ongoing drug trials. It specifies that in case the sponsor fails to provide the proper medical treatment or financial compensation as per the orders, then the authority may cancel or suspend the license of the sponsor to carry out the clinical trials and may even debar it from carrying any clinical trial in future in India.

Meanwhile, in the wake of this amendment, the National Institute of Health (NIH) in the US, presented a shocker for the country, when it suspended almost 40 ongoing clinical trials in India. Expressing concern about the new regulations, the NIH said that it looks forward to hearing clarifications from India on the important issue. Following the footsteps of the NIH, several private sector players from the US and Canada withdrew their clinical trials from India, claiming that the amendment could lead to "unreasonable claims" by subject-patients.

Furthermore, industry experts, who participated in the US-India Bio-Pharma and Health Care Summit 2013 in Boston, US, also said that the current policy and environment in the country was not conducive to conduct clinical trials.

McKinsey's 2013 report that was prepared for the USA India Chamber of Commerce identified that India's clinical trial policies were the biggest hurdles in the country's booming pharma sector. "While both global and Indian industry leaders opine that India's intellectual property (IP) scenario needs to be addressed and clarified, they have highlighted that it is in fact the clinical trials infrastructure and policy that are the biggest obstacles for India to meet its potential of driving R&D innovation at a
large scale," the report said.

The Indian Society for Clinical Research (ISCR), which represents pharmaceutical companies that sponsor trials and contract research organizations (CROs), has asked for more clarity and stability in the regulations. "We need more clarity and stability in the regulatory environment along with an assurance that the regulations will be implemented in a hassle free manner. However, there is a need to clarify that fall in the number of clinical trials is true not just for global majors. Several biopharma companies in India are also moving their trials to locations outside of India, which is unfortunate," said Ms Suneela Thatte, president, ISCR. She emphasized that it is not the overall regulatory environment but the uncertainty and unpredictability of some of the irrational clauses in the compensation guidelines
that lead to delays in approvals and thus are a cause of concern for the industry. Specifying one such clause, the ISCR head said that, "One of the clauses calls for financial compensation to be paid over and above costs of medical management in the event of a trial-related illness. However, there is no clarity on what constitutes trial-related injury."

Even as the amendments to the regulation are being clarified and implemented, the clinical research industry is praying for a silver lining, which could save the industry from doldrum.