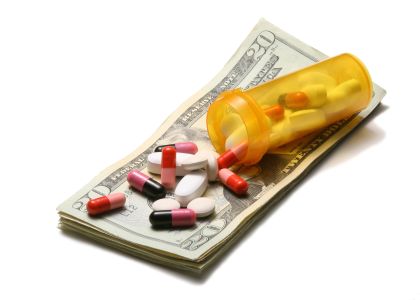 The bioservices sector witnessed a growth of 15.5 percent in 2011-12 in spite of facing many issues from the regulatory agencies. The sector touched a revenue of $765 million as against last year's revenue of $520 million. The drop in the growth rate over previous year's growth rate was attributed to the delays in getting approvals from the Drug Controller General of India (DCGI) by the clinical research organizations (CROs). There were fewer projects that came to India as compared to previous years.

The clinical research and trials sector witnessed a drop in revenue from exports by about six percent over previous year as most of the sponsors took a wait and watch approach because of prevailing regulatory concerns in the country. This drop has affected the local small and medium CROs. The leading multinational CROs in India such as Quintiles, on the contrary maintained steady growth because of its full service offerings to the local as well as global customers. In all, about 86 percent of the revenue comes from exports, while the rest is from the domestic market. The domestic business has been on the rise as India's leading pharmaceutical and biotechnology companies now have reached a stage where they are looking at conducting trials for their range of pipeline products in different therapeutic areas.

Indian CROs such as Synchron, Siro Clinpharm, Veeda Clinical Research, Ecron Acunova have already expanded their operations outside India mainly European region and South East Asian region and are continuously scouting for such opportunities. At the same time, all the Top 10 global CROs have established their base in India.

In the clinical research space, companies have been focusing mainly on five therapy areas: cancer, metabolic diseases, diabetes, cardiovascular diseases and central nervous system. According to clinicaltrials.gov (a service of the US National Institute of Health), India has closed 1,402 studies, with 230 studies having results and remaining 1,172 studies without results. India has 434 open global studies. India has about just over 2,000 investigators overseeing the clinical trials across the country. India needs to have an additional 20-30 percent investigators for speedy approval of the clinical trial applications.

With large CROs entering long-term contracts with pharmaceutical companies globally, market consolidation is on rise, leading to a more fierce competition among the mid-sized and small CROs for both resources as well as studies. The BioServices market which has registered CAGR of over 52 percent during mid 2000 has recorded CAGR of 15 percent in the last five years. It will maintain a growth rate of 15 percent in the coming year.

On the contract research side, the research services business will continue to grow as more big pharma companies close their research and look for small biotech companies with development candidates.