All you need to know about Glivec

All you need to know about Glivec 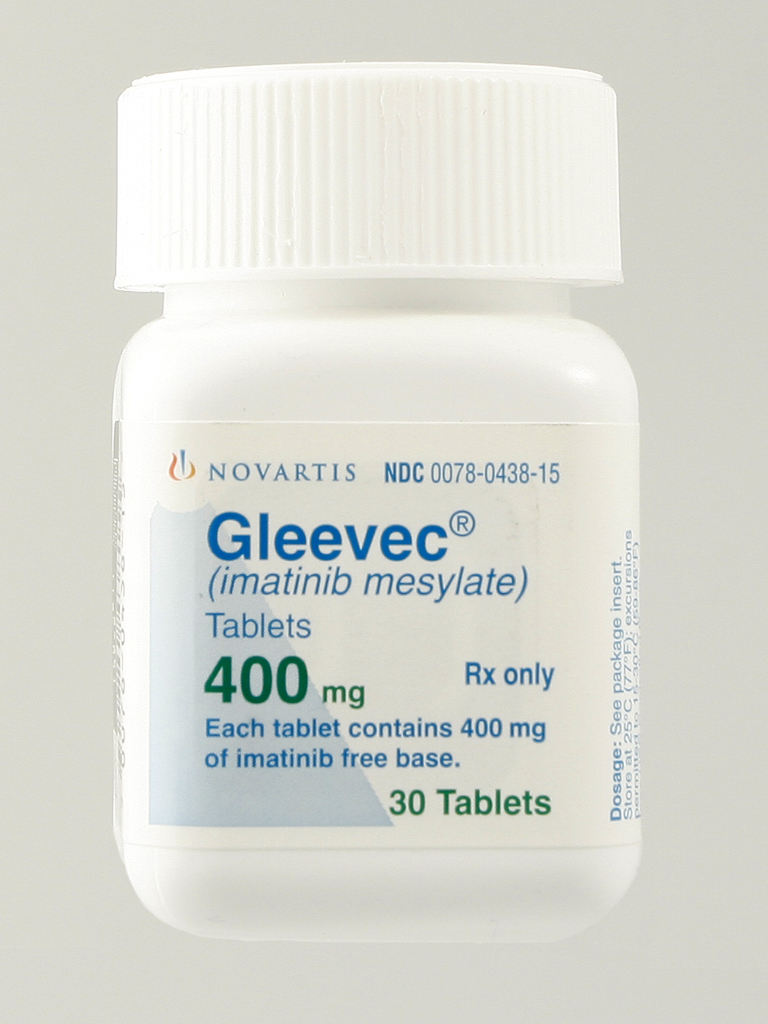 What is Glivec?
Glivec or imatinib mesylate is the first of a class of drugs that specifically inhibits a target enzyme, receptor tyrosine kinase, which is characteristic of a particular cancer cell. It thus effectively targets only the cancer cells. It holds the record for the fastest approval time in US FDA history, obtained in 2001. In its heyday, it was hailed as a magic bullet to cure cancer. It is used for a number of therapies, including those for chronic myelogenous leukemia (CML), gastrointestinal stromal tumors (GISTs) and a number of other malignancies.

Is Glivec a recently released drug?
No. It was developed in the late 1990s and was approved by the US FDA in 2001.The first patent was obtained in 1993 for the imatinib molecule, which was never used in patients. After years of research, the beta-crystalline salt of imatinib mesylate was developed, which is new, and this has been granted patent protection in 40 countries now.

Is it called 'Glivec' or 'Gleevec'?
It is the same drug and is marketed as 'Glivec' in nearly 40 countries including China, Russia, Mexico, Taiwan, Germany, UK, and India, and as 'Gleevec' in the US.

What's all the fuss all about?
Novartis has appealed for a patent on the beta-crystalline salt of imatinib mesylate, a new version of Glivec. If granted, it will give a 20-year monopoly to Novartis for marketing the drug in India. An earlier ruling in 2006 saw the Indian patent office reject this plea, saying that it did not show any "enhanced efficacy" to be granted a new patent. Novartis then with the help of two writ petitions challenged section 3d of the Indian patent law against the non-granting of patent to Glivec. The current case is regarding the latter.

Novartis is appealing to the Supreme Court of India, saying that the newer beta crystalline salt is safer than the original one and is more easily absorbed by patients. Novartis's contention is that the incremental innovation has made the drug safer and should be considered as an invention and thus granted a patent. However, critics argue that this could set a dangerous trend of pharma majors obtaining patents for minor improvements in innovator drugs and extending the patent life, thus stifling the burgeoning generics industry in India.

What is Section 3d?
Section 3d is a part of the Patents Act, which is a provision added once India adopted the TRIPS agreement in 2005 to include product and process patents. It was added to prevent companies from trying to patent newer forms of the same product (in this case a cancer drug) unless there is an significant improvement in its 'efficacy'. On filing a writ petition, challenging the court's interpretation of section 3d, Novartis was asked to take up the matter with the WTO, after which it decided to let it go.

What is Evergreening?
Evergreening is known as the practice of pharmaceutical companies to obtain patents on frivolous or minor changes to known drugs and thereby establish or extend their monopoly over a drug. Critics claim Glivec is an example of evergreening by Novartis.

Will the ruling affect the generic copies of Glivec currently in the market?
No. All generics that are currently available and are being made from before 2005 will continue to be manufactured and sold at the same price. However if granted a patent, Novartis will have the monopoly over generic manufacturers to produce the beta-crystalline salt version of imatinib mesylate for another 20 years.

What impact can the decision have?
NGOs and members of civil society claim that if the decision is in Novartis' favor, it could lead to other MNCs indulging in frivolous patents and thus preventing generic companies from providing cheap medicines for the needy. The pharma companies on the other hand have stated that a ruling against Novartis would send the wrong signal to all MNCs that innovation is not protected in India. This they claim, would lead to delays in Indian patients getting improved medicines, as such improved medicines would not be released in India due to the fear of being copied due to lack of patent protection.