Nose cancer emerges as a potent killer in Asia 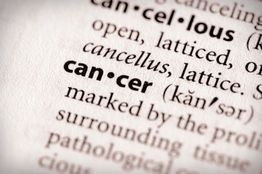 While Nasopharyngeal carcinoma (NPC) is initially highly sensitive to chemotherapy, it eventually develops resistance to treatment and longer-term survival is limited

Singapore: Nasopharyngeal carcinoma (NPC) is a rare form of cancer in Western Europe and North America and is emerging as a leading cancer in Southern China and South East Asia, according to a nose cancer study conducted by the National Cancer Center Singapore (NCCS).

According to the report, outcomes for patients with metastatic (stage 4) NPC have not improved significantly over the last two decades. This form of cancer whilst initially highly sensitive to chemotherapy eventually develops resistance to treatment and longer-term survival is limited.

"Many other cancers, for example cancers of the breast, colon and lung - have sub-groups, which are very highly sensitive to new 'targeted-therapies'. NPC unfortunately does not appear to be sensitive to targeted agents. Treatment is highly reliant on chemotherapy, which over time becomes less and less effective," said Dr John Chia, senior consultant in medical oncology at NCCS, and co-lead investigator for this study.

"After a comparatively long follow-up of these patients, the 2- and 3-year survival rates were 62.9 percent and 37 percent respectively, which are amongst the highest published survival rates so far in medical literature," said Dr Toh Han Chong, the study's lead investigator, who is also deputy director of NCCS and senior consultant in its division of medical oncology.

"We are excited that we could establish, execute and complete such a knowledge-based expertise-intensive cell therapy study from Singapore. We feel these results are meaningful and robust because they were achieved after a long follow up." He further added, "We are excited by these findings, and are now progressing onto a phase III clinical study where patients will be separated into two groups, one receiving chemotherapy alone and the other group chemotherapy plus immune cell therapy. This comparative phase III study is designed to definitively determine the real impact of immune cell therapy to NPC".

Dr Chia emphasised, "What is remarkable about the immune system is that it has long-lasting 'memory'. That is why vaccines against viruses such as chicken-pox and polio remain effective far into adulthood. The activation of a long lasting immunological memory response against cancer cells has therefore been the Holy Grail for cancer therapy. If the immune system can be re-awakened to control cancer, it will reduce the need to continually administer chemotherapy and patients will be able to enjoy a better quality of life. The journey is full of challenges and setbacks, but we are making steady progress for this dreadful Asian cancer."