MNCs bet on China to tide over patent cliff

MNCs invest in China to tide over patent cliff 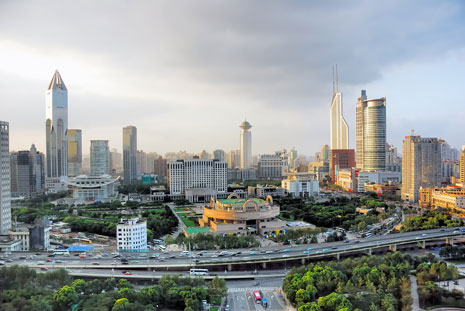 China is attracting investments from MNCs in the life sciences sector

Even as most emerging economies in Asia Pacific are trying to grab a foothold in the global biopharma space, China has etched an important spot for itself in that space in recent times. In a span of less than a year, multinationals such as Merck, AstraZeneca, Abbott and Quintiles, have made significant investments, upwards of millions of dollars, in expanding their existing operations in China.

Impending patent cliffs coupled with increasing costs of R&D are forcing multinational pharma and biotech companies to look for sustainable solutions and, if numbers are anything to go by, China has answered the call.

In December 2011, Merck announced the establishment of an Asia R&D headquarter for innovative drug discovery and development in Beijing, China. This was part of a larger commitment by Merck of investing $1.5 billion over the next five years in China. Merck also maintains its commercial headquarters for MSD in Shanghai, China, and has manufacturing capabilities at other locations in the country. The new Asia R&D headquarter is being built in Wangjing Park, one of Beijing's rapidly expanding science and technology parks. This new facility will have enough capacity for about 600 employees working in the areas of drug discovery, translational research, clinical development, regulatory affairs and external scientific research programs.

Another pharma giant AstraZeneca announced a $200-million investment in a new manufacturing facility in China Medical City (CMC), Taizhou, in Jiangsu province. The new site represents AstraZeneca's largest-ever investment in a single manufacturing facility globally and will produce both intravenous and oral solid medicines for the company's growing business in China.

Today, China and India account for almost 37 percent of the world's population. The sheer sizes of the potential markets is compelling MNCs to rethink their strategies and go beyond just sales and marketing offices in these countries and build their own capacities to serve both local and international markets. Also, with branded products worth an estimated $128 billion losing patent protection between 2009 and 2014, large firms are significantly scaling down budgets to compensate for the expected losses. One of the strategies is to do cut down on the expenditure involved in drug development processes, which also involve a large number of job cuts in the West as observed by AstraZeneca and Novartis recently.

Emerging markets, even though full of challenges, have a lot of potential. Dr Richard Connell, vice-president and head of Asia Research, Pfizer, Shanghai, China, aptly explains the rapidly evolving challenges in drug development. "In the developed world, most of the fundamental diseases are already being treated. To develop a blockbuster drug is now way more tougher than before," he says.

The challenge now lies in establishing a strong foothold in the emerging markets, which is clearly illustrated by the big pharma' s expansion plans.

The advantage of getting there first has its advantages as is the case of Pfizer. In the 1980s, Pfizer was one of the first companies to start its operations in China. Today, more than 20 years later, after acquiring Wyeth, it has become the top R&D-based multinational biopharmaceutical company in China with a total investment of more than $1 billion to date in China.

In late 2009, Novartis committed to invest $1 billion in R&D in China and an additional $125 million to buy 85 percent stake in a privately held Chinese vaccine company.

Initially, such centers served as low-cost outsourcing models. However, the recent trend has been to specifically invest in building R&D capabilities, which puts to rest the claims that these centers are only for cheap labor in generics. The culture of innovation is slowly finding its place in this setting as the big pharma is now innovating with the emerging markets in mind.

Beyond the 'low-cost' tag

All these ventures, along with announcements, such as the ones by GSK and Eli Lilly to double revenue in emerging markets by 2015, point in the direction of an accelerated interest in investing huge amounts of money into China. Despite issues of language and cultural barriers, the country has succeeded in not just attracting investments from foreign companies, but also encouraged them to expand their capabilities in China.

One of the advantages of doing business in countries such as China and India remains the cost. According to IMAP Pharmaceuticals and Biotech Industry Global Report-2011, China has become the third largest market for pharmaceutical sales and is expected to grow at a pace of 20 percent annually. In recent years, however, pharma and biotech companies are increasingly looking beyond the cost arbitrage into the other perks offered by these countries. In China, a rising number of trained Chinese individuals returning from the West is proving to be a valuable asset to multinationals looking to start new ventures. Dr Wenyong Wang, MD, Merchant and Investment Banking, Burill, elaborated on this phenomena. "A large number of Chinese people who are have pursued higher education in the West and have been trained at large pharma companies in the US or Europe are coming back to home. This phenomena, popularly termed as sea turtles coming back home, is the reason for the availability of abundant good and experienced talent force found in China," he says.

The Chinese government is also playing a pivotal role by providing the right environment for these companies to invest. Favorable government policies, along with incremental government funding for state-sponsored projects, is serving as a catalyst for the local biotech industry. This has also led to enhanced collaborations between research universities and the industry resulting in an overall beneficial ecosystem for research and development.

In addition to forming their own operations , there has also been a rise in the number of collaborations between local biotechs in China and MNCs. Dr Hasit Joshipuria, VP, South Asia, and MD,GSK India, said most of GSK's vaccine ventures in China are through joint ventures. One of the examples is the exclusive cooperation agreement with Neptunus Interlong Bio-Technique (NIBT) for the co-development of influenza vaccines for Greater China in 2008.

China is soon emerging to be one of the fastest to adopt new biotechnologies, which has further instilled confidence in companies investing in the country. Dr Richard Connell of Pfizer, Shanghai, adds that drug discovery is now too broad a problem to be solved alone, and requires the right mix of local biotechs, hospitals and CROs, something that China is striving to achieve.

Dr RuiPing Dong, senior vice-president, head of Emerging Markets Research & Development, Merck Research Labs, talks about what makes China an important destination from an investment point of view. "In the recent years, China, particularly Beijing, has witnessed a rapid escalation of life sciences expertise and capabilities. By strategically establishing an R&D footprint in Beijing, we believe we are well-positioned to complement our existing R&D capabilities and facilitate new collaborations with scientists in the region and across emerging markets," he says, adding that Beijing has many healthcare and academic institutions and companies with which "we hope to partner and collaborate as we advance our R&D".

"For example, we are partnering with BGI (formerly Beijing Genomics Institute) and with BeiGene for Oncology R&D. We also partners with Fuwai Hospital in Beijing on clinical development in the cardiovascular area. So, our footprint in China is there and is growing," he says.

Another unique factor in biologics manufacturing has been the government regulations, which have specified that the production of biologics would take place at the company's site itself and not through a contract manufacturing organization (CMO). Even though this rule has prevented the CMO industry from taking off in China, it has allowed the Chinese government to have better control on the quality of products.

With a population of a billion plus, but India and China both offer an attractive proposition for carrying out large-scale clinical research studies. Quintiles launched Kun Tuo in China in December 2011 to specifically address the needs of the Chinese population and provide a more focused competitive solution.

Dr Amar Kureishi, chief medical officer and head of Strategic Drug Development for Quintiles in Asia-Pacific, explains the principle behind such a move. "Through Kun Tuo, we are looking at China's healthcare needs by aiding emerging biotechs in China that are developing drugs and are looking for CROs and solution specifically for China," he says.